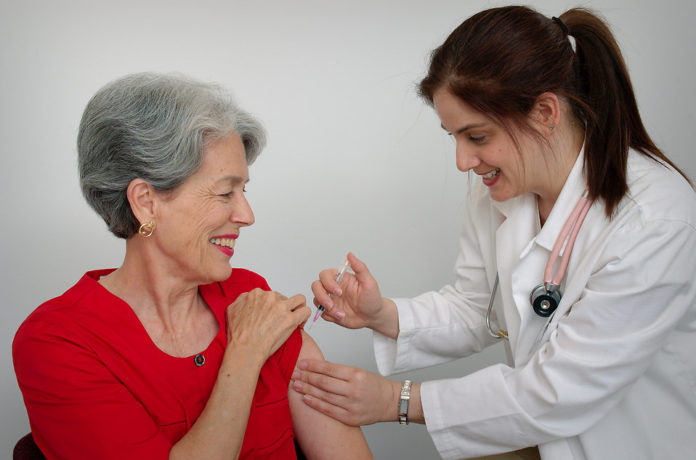 NEW YORK—The New York City Health Department announced the measles outbreak in the Orthodox Jewish community is now at 121 cases since the outbreak began in October. The vast majority of cases are children under 18 years of age (108 cases), and 13 cases are adults. There are no deaths associated with this outbreak, although there have been complications, including eight hospitalizations and one child who was in the intensive care unit.

Of the 121 cases, 31 are newly identified, including five diagnosed in the past week and 26 who were identified retrospectively (that is, they recently had the illness and were identified after symptoms subsided). Most cases have been reported from zip codes in Borough Park and Williamsburg, Brooklyn. Four cases, including the initial case of measles, acquired measles on a visit to Israel, where a large outbreak of the disease is occurring. One case was acquired from the U.K. and one from Ukraine.

Measles is a highly contagious disease and can cause pneumonia, encephalitis (swelling of the brain), and death. Measles is preventable with the measles-mumps-rubella (MMR) vaccine.

Since the outbreak began, the Department has worked with elected officials, community organizations, and religious leaders to conducted extensive outreach in the community to educate residents in these zip codes about the risks associated with measles and the importance of vaccination. This effort has resulted in over 7,000 people receiving the MMR vaccine.

In December, the Department announced mandatory exclusions for students in selected zip codes in Borough Park and Williamsburg that have not received the required number of doses of MMR vaccine. Twenty-one of the 31 additional cases are connected to a single yeshiva in Williamsburg. This yeshiva went out of compliance with the Health Department’s exclusion order in mid-January, allowing an unvaccinated student who had measles but had not yet begun presenting symptoms.

Last week, the Department expanded vaccination recommendations for providers serving the Orthodox Jewish community to include an early, extra dose of the MMR vaccine for children between the ages of 6 months to 11 months who live in Williamsburg and Borough Park.

“As a pediatrician, I can’t stress enough how critical is to vaccinate children against measles,” said Health Commissioner Dr. Oxiris Barbot. “Measles is a serious, highly contagious and potentially deadly infection. Complications and fatalities are rare but do happen. I urge parents not to take any risks that may jeopardize their children or other children in their community.”

“Parents who oppose vaccinations for measles and all other illnesses not only put their own children at risk, but endanger other children and families as well,” said Councilman Mark Levine (Chair of the Council Committee on Health). “As Israel and other nations are facing outbreaks, the risk of measles affecting our New York communities is particularly acute in neighborhoods where international travel is common and frequent. I strongly urge all parents across the city to ensure their children are up to date on all American Medical Association (AMA) recommended vaccinations.”

Precautions One Should Take