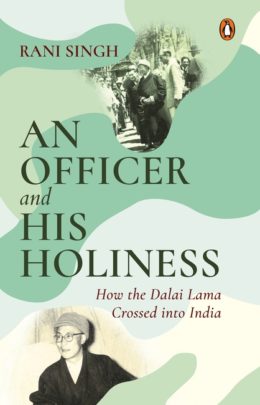 New Delhi– Read about a journey that began on March 17, 1959 in Lhasa and ended a year later in in McLeodganj in the northern Indian state of Himachal Pradesh, where the Dalai Lama set up permanent residence-in-exile — with an Indian civil servant playing a no mean role in the events; then explore the twists and turns of a graft trial a century ago that ultimately exonerated the protagonist, Arthur Crawford; and finally rediscover the contribution of Galileo to opening up the universe.

As the Covid-19 lockdown continues, the IANS bookshelf this weekend transports you into a seemingly unreal world, but one which is grounded in hard reality. Educate yourself!

Some people are born great and some willy-nilly have greatness thrust on them. Such is the case of Har Mander Singh, an officer of the Indian Frontier Administrative Service who was posted as the Political Officer in the Kameng division of the North-East Frontier Agency (now Arunachal Pradesh), when the 14th Dalai Lama took a considered decision to leave his Potala Palace in Lhasa in the face of the growing belligerence of China, which had incorporated Tibet within its ambit.

Much has been written about the Dalai Lama’s arduous journey from Lhasa to the Indian frontier, but little is known about the efforts made by Har Mander Singh, for which he was awarded the Padma Shri, India’s fourth highest civilian award, for escorting the Tibetan spiritual leader with bare-bone resources and minimal security at his command to Tezpur in Assam, from where the Ministry of External Affairs transported him via train to Mussoorie for a meeting with Prime Minister Jawaharlal Nehru before choosing to settle in McLeodganj, a little above the hill station of Dharamsala.

It was an effort well worth it.

“I don’t know, but I have a feeling,” Har Mander Singh, now in his 90s, told the author, his niece and a broadcast journalist who has done extensive work for the BBC, “that he thinks well of me. The other day here (in New Delhi), Harsh, my son, invited him to talk to the street children who are in Harsh’s care. He noticed me in the crowd and he said, ‘Har Mander Singh, come to me’, then he got hold of both my hands and I was feeling I should run away from here. He made me sit next to his chair and he kept holding both my hands for the entire period of time. There must be some feeling for me somewhere.”

Noted author and civil rights activist Harsh Mander, incidentally, is Har Mander Singh’s son. He dropped the ‘Singh’ surname when he joined the IAS since he didn’t want to be “bracketed”. He quit in 2002 in the wake of the Gujarat riots that followed the Godhra train burning and has also served on the National Advisory Council (NAC) headed by Sonia Gandhi during the UPA regime.

The book is loosely divided into three sections. The first details the escape from Lhasa, parts of it in the Dalai Lama’s own words and based on extensive interviews with the author. The second deals with the role of Har Mander Singh, again interview-based, on the journey from the border crossing at Chutangnu, through Gorhsam, Shakti, Lumla, Thongleng village, Tawang, Jang village, Senge Dzong village, Dirang village and Rahung village and Bomdila ï¿½ to enable devotees pay obeisance – and finally to Tezpur. The third, based on secondary sources, deals with the aftermath ï¿½ the 1962 Sino-Indian war and the continuing tensions between New Delhi and Beijing.

In sum, the book is a valuable contribution to filling in gaps in the history of the era and a reminder to today’s generation of what statesmanship is all about.

Arthur Crawford (1835-1911) was the first Municipal Commissioner of Bombay (1865-1871) and the Collector of Bombay ï¿½ and till recently had a prominent downtown market named after him. He was known as an able administrator ï¿½ but with underhand financial dealings – and for an extravagant lifestyle funded largely by loans. Later in his career as the Commissioner of Bombay Presidency’s Central Division, he was accused of demanding bribes from mamlatdars (taluka heads), prompting a major scandal and a heated public debate led by Lokmanya Tilak and Gopal Krishna Gokhale. An enquiry cleared him ï¿½ but not many of his subordinates ï¿½ but he was struck off the Civil List and recalled to England.

Were any lessons learnt?

“Today’s India inherited rules and traditions from that era of foreign rule. A commonplace in the catechism of the benefits that British rule bestowed on India is the introduction of British-based law and a system of impartial courts of justiceï¿½(but) “we must recognise that much of the criminal law in India has not changed very much over the past century. This is important because the law that was in force in the 1880s forms the basis of today’s law dealing with bribery and the corruption of public officials,” writes Metaelits, a former member of the US Foreign Service.

Then, as now, the big fish got away and the smaller fish became the victims. Nothing, it seems, has changed.

“Using a simple arrangement of lenses fixed at the two ends of a hollow cylinder, Galileo was able to revolutionise our understanding of the cosmos, and of our place within it. Fast forward four centuries and we find a great-great-great-grandson of Galileo’s telescope – the Hubble Space Telescope,” writes astrophysicist Mario Livio, who describes the pioneering astronomer as a “man who was intellectually radical and well ahead of his time”.

He then lists the six main reasons for Hubble’s popularity: the incredible images it has produced, the scientific discoveries to which it has significantly contributed, the “drama” associated with it after being initially dubbed a failure, the ingenuity of the

scientists, engineers and astronauts to iron out the glitches, the telescope’s longevity from 1990 to the present day, and the “extraordinarily effective” dissemination of the information gleaned from it.

“The drama characterizing Galileo’s life, the brilliant ingenuity he showed in his experiments in mechanics, the courage he demonstrated in defending his views, his enormous success in disseminating his findings and in making them accessible, and the fact that his ideas became the basis on which modern science has been erected, are the

main characteristics that made Galileo and his story immortal,” Livio writes.

This truly is a book for the connoisseur. (IANS)