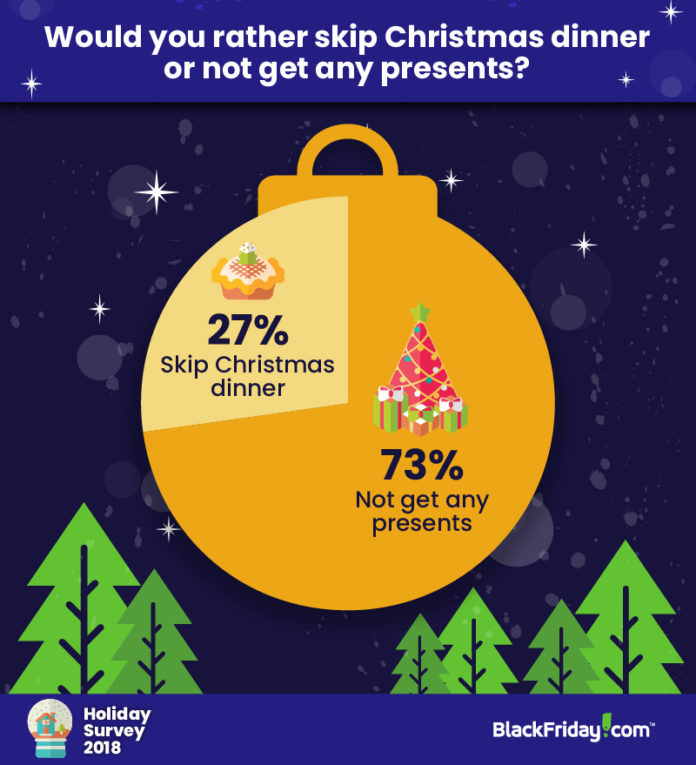 Did you know that Christmas dinner is more important to most Americans than Christmas presents? That clothing is the holiday gift that’s most likely to be returned? Or that in-laws apparently give the worst gifts?

Those are just a few of the holiday sentiments revealed by Blackfriday.com’s 2018 Holiday Shopping and Gifting Survey.

With the 1st of November, and therefore the holiday season, mere hours away – here is the breakdown of our Holiday Gifting Survey:

Americans care more about the holiday feast than about presents

The overwhelming majority (73%) say they’d nix the presents, but only 27% would sacrifice the Christmas feast. 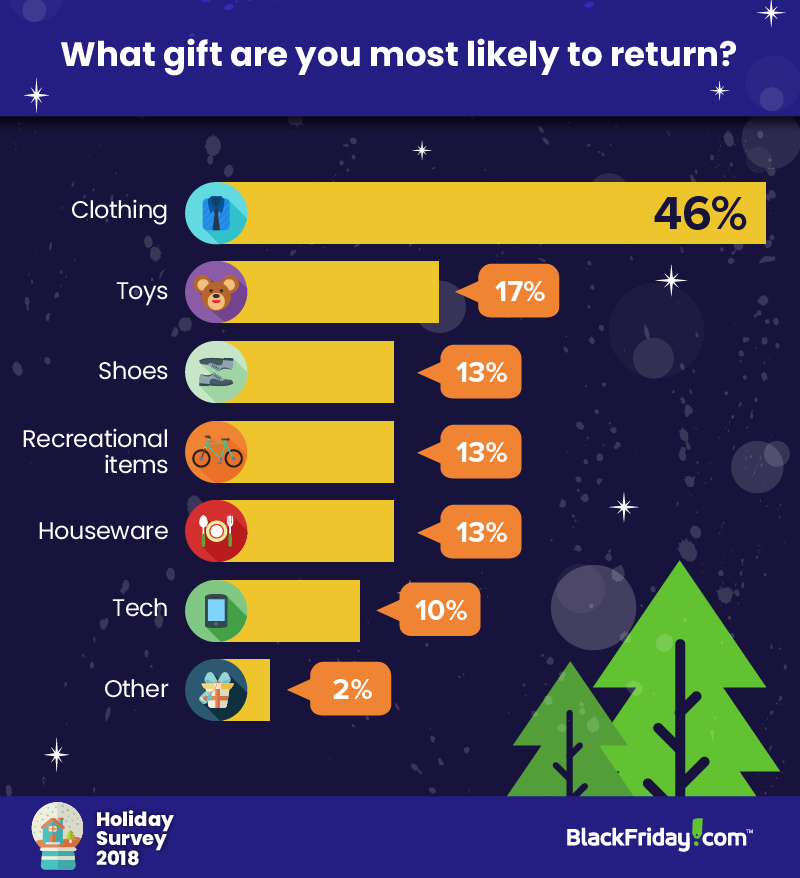 Few shoppers will be making drunk purchases online after imbibing in Hot Toddies, eggnog and other holiday beverages. Still, 18% do say they’re likely or very likely to shop while under the influence:

How likely are you to shop online after drinking this holiday season?

Most aren’t stressed out by holiday shopping

Perhaps it’s the ability to shop conveniently online for most purchases, but most Americans aren’t sweating the shopping aspect of preparing for the holidays.

How stressful is holiday shopping for you?

Clothing is the most likely gift to be returned

Americans say that, by far, the gift they’re most likely to return this year is clothing. Meanwhile, other items like tech and toys are far less likely to get returned. This makes sense, as clothing must not only fit the recipients, but match their tastes.

What gift are you most likely to return?

The worst gifts come from the in-laws

Speaking of unwanted gifts, those are most likely to come from the in-laws. Nearly one-fourth of respondents say that in-laws are the worst gift-givers in their families. They are also the family members Americans most dread shopping for.

Who gives the worst gifts in your family?

Who do you dislike shopping for?

For most, the holidays are a time for giving, rather than receiving

Despite the many opportunities to treat yourself this time of year (thanks to Black Friday and Cyber Monday deals), Americans overwhelmingly spend more on others than they do on themselves:

Will you be spending more money on yourself or on others for the holidays?