Jaipur– The Indian Constitution does not only reflect its prime architect Dr B.R. Ambedkar’s outstanding legal acumen but also his understanding of power, his strong grasp of the thought and approach of his countrymen — as far as caste was concerned, and an unflinching vision for an equitable society, say experts.

Unfortunately, most of his desired outcomes have failed to materialise or have been frustrated, especially the condition of Dalits as a class, save a few exceptions, said an illustrious panel of political thinkers, economists, and lawyers at a session on Ambedkar’s legacy at the Jaipur Literature Festival here on Friday. 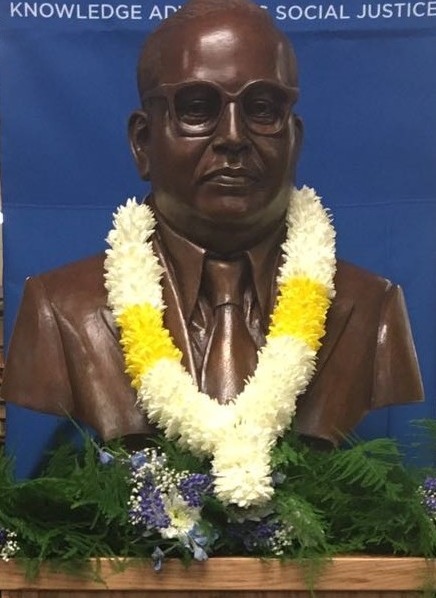 Lawyer Chintan Chandrachud, who holds a doctorate in legal studies from Cambridge and is the author of “Balanced Constitutionalism: Courts and Legislatures in India and the United Kingdom”, contends that Ambedkar’s legacy is reflected most prominently in the Constitution in three respects — the right to constitutional remedies through legal means, the voluminous scope of the document itself, and his deep-rooted belief and insistence on constitutional methods.

Article 32, or the right to constitutional remedies which allow the involvement of the Supreme Court in case of violation of rights, has helped Indian citizens to safeguard their own rights, with his stress on the “involvement of the apex court bridged the schism between theory and practice”, he said.

Then Ambedkar ensured “that our Constitution was very lengthy and detailed with about 450 Articles and 12 Schedules, since he intended it to be “a representation of the organized chaos” that is India, whose people as a society, “have an inherent skepticism that makes us want everything in written form”.

And finally, Chandrachud holds that his idea of constitutional morality was apparent from his reply to debates, where he expressed firm belief that Indians “must now play by the rules and not resort to revolutions” and social reform should be achieved legally.

Economist Sukhdeo Thorat says Ambedkar’s legacy outspanned his role as the constitutional architect for he was “also pragmatic and maximized political opportunities” besides working on labour reforms and policies governing use of resources and utilities like water and power. “He was idealistic as well as realistic, as he gave solutions to real problems.”

“We don’t know where the Dalits stand anymore, we need more empirical data and that is one way to continue Ambedkar’s legacy.”

On the present situation, he warned that some Dalits have taken to the gun and become Maoists “because what options do you have if you cannot push your agenda legally and peacefully?”

Terming the community’s condition even worse that the Muslim minority, he said they could not have progressed without reservation and no party, even the Bharatiya Janata Party and the Rashtriya Swayamsevak Sangh, could afford to ignore them even as a “vote bank” due to their numbers.

Jaffrelot also noted that Ambedkar had converted to Buddhism because he believed that social reform of a religion could not be done internally.

Writer and former Leftist Manoranjan Byapari, who had been in the Communist Party of India, held that the Marxists record on caste was no better that the others for they could never fully abandon the social milieu they had grown up in. He opined that Ambedkar’s main legacy was trying to have political representation based on population numbers, but rued that this could not be achieved. (IANS)