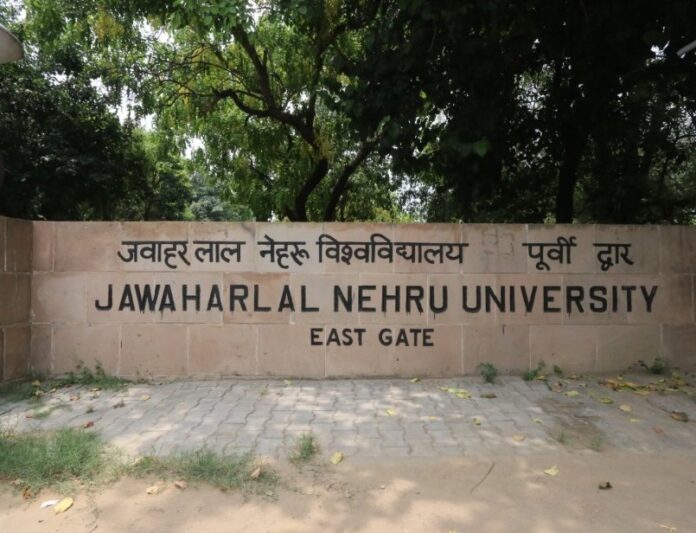 New Delhi– One person who allegedly molested a female PhD student of the Jawaharlal Nehru University on campus six days back was arrested by the Delhi Police on Sunday, a senior police official said.

The accused was presently residing in a rented accommodation at Munirka area, adjoining the campus, and was working in a mobile repair shop at Bhikaji Cama place.

The molestation incident took place on Monday at around 11.45 p.m. when the research scholar was walking inside the campus. She raised an alarm and shouted for help, but the accused fled from the spot by his motorcycle.

The DCP further said on the day of the incident, before coming to the JNU campus, the accused drank alcohol with his shop owner because he had a fight with his wife.

“Going to the JNU campus was a casual routine for him as he had been doing the job of ticket reservation from 2011-2015. During those years, he used to daily go to the ticketing counter in the campus because of which he was well aware of every street and road inside the university,” he said.

On Monday, when the accused reached the campus, he saw the student and followed her. “As the girl reached the east gate road of the university, the accused approached her and tried to molest her,” the DCP said, adding that when the girl resisted and threatened to call the police, the accused fled the spot with her mobile phone.

As the police began their investigation into the case, DCP Sharma said they faced several challenges.

“The first challenge was that there was no entry of the motorcycle registered in the register book at the University gate and secondly when we examined the CCTV cameras, their quality was very poor so the culprit and his motorcycle could not be identified,” he said.

The police then examined nearly 1,000 CCTV cameras to check the route of the accused and finally traced him to Munirka from where he was apprehended. “We have recovered the mobile phone which was stolen by him and also the clothes he was wearing on the day of the incident,” the official added. (IANS)