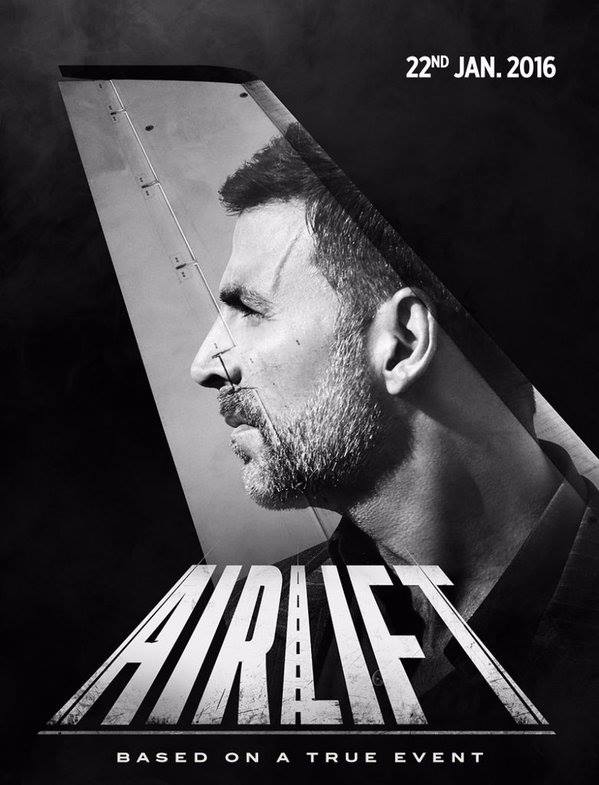 MUMBAI– It was a moment of brief touchdown for Akshay Kumar-starrer “Airlift” with the release of the trailer, weaving a story around one man’s mission to evacuate Indians from foreign shores during troubled times along with hints of politics, diplomacy, bureaucracy, love and patriotism.

Bringing an end to the wait of the movie buffs, the trailer of Raja Krishna Menon directorial was released in the virtual world via Twitter on Saturday. And it was all about action, reaction and emotion.

The 48-year-old “Khiladi” Kumar is seen as an influential businessman who has made many enemies owing to his power, and how he decided to save Indians first upon himself and his family. It gives a sneak peek of the time when Iraq invaded Kuwait and Indians had to be evacuated in 1990.

Akshay tweeted: “Proud, happy, excited. Here’s the #AirliftTrailer guys … @AirliftFilm – India’s most heroic mission, a true story”, Nimrat shared “And the wait is over! An unbelievable true story about India for India”.

The trailer reveals a bit about the movie’s plot as it focuses on Akshay’s character planning an escape route. The film is based on true events and hinging on how one man risks his family’s life and his life to do the right thing.

Even the dialogues like “We are Indians first and everything is in standing united”, “No matter how far you go away from your country, one remembers ‘maa’ (country) during hard times” bring in a patriotic feel.

The film will find its way onto the silver screen on the right time just before Republic Day (January 26). It will release on January 22.