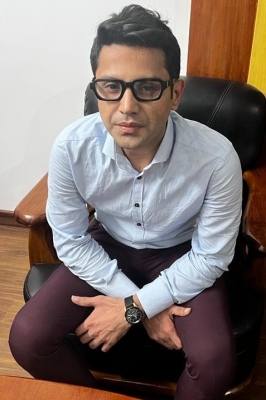 New Delhi– The Independent Internal Committee probing the Air India peeing incident concluded that Shankar Mishra is covered under the definition of “unruly passenger” and is banned from flying for a period of four months.

An Air India spokesperson on Thursday said, “The independent three-member Internal Committee under the Chairmanship of the former District Judge has concluded that Shankar Mishra is covered under the definition of “unruly passenger” and is banned from flying for a period of 4 months as per the relevant provisions of the Civil Aviation Requirements (CAR).”

The airline said that it will inform the regulator and other airlines accordingly. “The passenger has already been put on the airline’s “No Fly List”. Air India has shared a copy of the Internal Committee report with the Director General of Civil Aviation (DGCA) and will also be intimating other airlines operating in the country.”

After the renewed ban by Air India, other airlines can take their own decision on whether any ban should be imposed on the individual.

Earlier, the DGCA had asked the airline to refer the incident to the Internal Committee which will decide the duration of the ban on flying of the unruly passenger within 30 days. The Internal Committee comprised three members including a retired district and sessions judge as Chairman, a representative from a different scheduled airline as member, and a representative from a passengers association or consumer association or retired officer of the Consumer Dispute Redressal Forum as member.

The incident occurred on November 26 last year when the drunk passenger allegedly urinated on a co-passenger in her 70s in the business class of an Air India flight from New York to Delhi.

Aviation regulator DGCA on January 5 had said that the conduct of Air India was unprofessional and has led to a systemic failure. The aviation regulator has noted that the incident of passenger misbehaviour with a female co-passenger was reported to it too late on January 4 while it took place on November 26. The DGCA also issued show cause notices to senior Air India executives and pilots and cabin crew of the flight.

Currently, the matter lies with the court and the case has witnessed many twists in the last couple of days. Shankar Mishra was arrested from Bengaluru and brought to Delhi where the case against him was registered. (IANS)