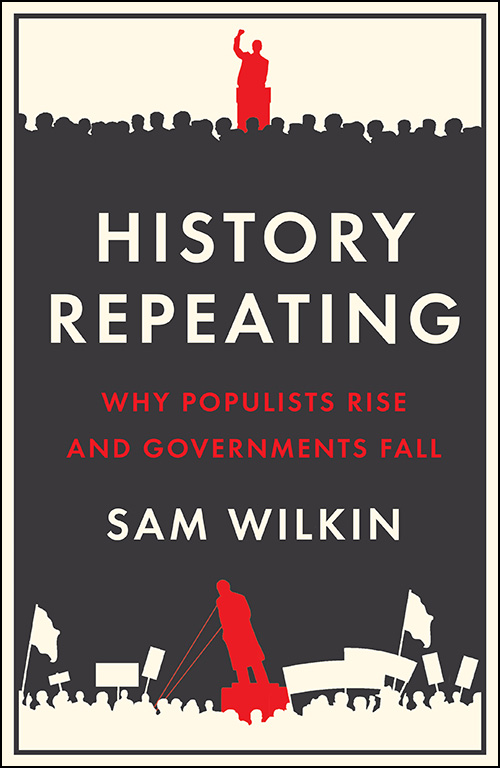 Take a prosperous country facing a recent economic crisis where there is suddenly an improbable candidate for top office – a businessman claiming to be so rich as to be incorruptible and pledging to revive industry. He easily wins with support from rural areas, but in power, alienates the middle class, faces enquiries but sacks officials probing him, lashes out at criticism, and promotes his business interests.

If you think this only describes Donald Trump, you are not correct. These attributes also fitted Thailand’s Thaksin Shinawatra – at the start of the 21st century.

The Brexit vote or Trump’s victory are so taken as crowning examples of populism that the electoral, or otherwise, success of several political leaders, who promised to change the status quo to restore old glories/build a new order, get forgotten. Also the virulent criticism of this polarising path to power usually leads to its fundamental causes, beyond the specific reasons, to be ignored.

As this book shows, the instability or other unsettled conditions that give rise to populism occur regularly in history. Taking the twentieth century, the time when the common people’s views began markedly influencing politics, then its practitioners and/or beneficiaries range from Vladimir Lenin to Juan Peron to Ayatollah Khomeini, besides Shinwatra, Greece’s first populists and some more.

Risk analyst Sam Wilkin contends here that their success – in getting into power at least – of these otherwise disparate political leaders is rooted in a phenomenon, he calls “mobilisation politics”, which can see greater public participation than conventional electoral democracy can ever aspire too – or counter.

Giving the example of Brexit, whose result came about through the participation of nearly three million citizens who had not voted in the previous general election – or any election for that matter, he notes the force that can compel millions of otherwise uninterested people to get out of their comfort zone to take an active political role does need investigation.

And despite what they feel, it is not the leaders that matter here, he shows, underlining how he seeks to explain “how such moments of turmoil come about, by telling the stories of leaders who wanted rebellions, mass uprisings, or votes against the establishment, and got them – occasionally to their own surprise”.

Its also not the people, for as Wilkin, beginning with an uncompromisingly uncomplimentary view of the political proclivities of the general public at large, observes that someone with dreams of leading the people to topple the exclusivist establishment, depose a corrupt and unjust regime or a better future, will find that fellow citizens are “sheep”.

“‘Let’s remake this great nation!’ you will cry. ‘Baa,’ they will bleat contentedly, distracted by salty snacks and Instagram,” he writes.

So then, how does this mobilisation politics work? It happens when, says Wilkin, when the conditions are right and the politicians are “no less the victims or beneficiaries of broader conditions”, while how much the people chant “egomanius incarecrus!” or “referendi reverso!”, such magic doesn’t fix politics.

Ruling out the two usually cited reasons – economic or psychological distress – he uses the cases of Shinwatra’s Thailand, Czarist Russia, Shah Raza Pahlevi’s Iran, Peron’s Argentina (which we learn was the only case of a modern prosperous country that descended to straitened circumstances) to show how stable seeming nations crack up when the circumstances so align.

Meanwhile, his final example – of the US of the 1930s where Louisiana Governor Huey Long, or the “Kingfish”, exemplified a unique brand of populist politics that President Franklin Delano Roosevelt later appropriated, shows how this tendency can affect mainstream politics.

Wilkin ends with a handy guide to determining your own country’s survival prospects in face of the populist onslaught.

Packed with hillarious accounts of seminal historical events (eg the drunkenness at the Winter Palace in St Petersburg during Lenin’s Revolution, the life of Thai royal pet ‘Foo Foo’, and the poetry readings that were behind the Iranian Revolution), some redoubtable women – Lenin’s mother, Eva Peron and Carrie Nation, and men – Ali Shariati, and solid insight into political instability and political participation sprinkled liberally across the case studies, the book is not only for politics aficionados, but anyone who wants to understand how and why our present world became this way. (IANS)