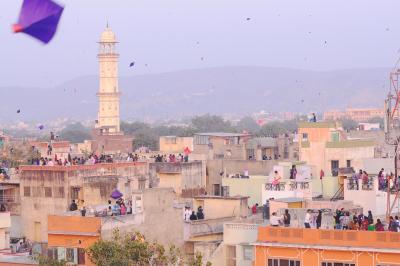 Islamabad– A Gallup and Gilani survey has found that 88 per cent of Pakistani respondents support the government’s ban on a traditional kite flying festival and kite flying in the South Asian country.

The support for the ban has remained relatively stable over the past years, as 85 per cent of respondents in 2006 expressed support to the government’s decision, showed results of the Gallup and Gilani Pakistan survey on Wednesday.

Kite flying is popular in some parts of South Asia, and Basant is a traditional kite flying festival which is popular especially in Pakistan’s eastern Punjab province in which people all over the city fly kites from their rooftops, Xinhua news agency reported.

A ban has been imposed in Punjab because kite flying was causing casualties among people due to unsafe practices mainly involving the use of sharp threads. (IANS)