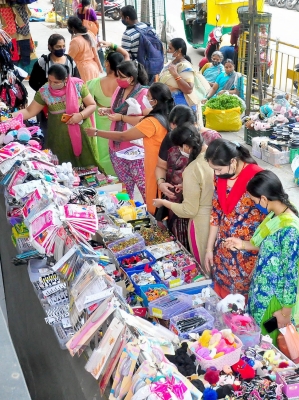 New Delhi– Despite the unabated rise of e-commerce and the fear to physically shop, 72 per cent of Indians are most frightened about shopping in-store as compared with their global counterparts in the wake of Covid-19, a new report showed on Wednesday.

Consumers on the whole are demanding integrated omni-channel offerings from retailers and brands.

While 86 per cent of Indian shoppers think that retailers need to get better at giving them products, services and experience that they want from online shopping, 67 per cent of Indian consumers refuse to shop with anyone who does not meet their demands, according to ‘Future Shopper Report 2021′ by global communications firm Wunderman Thompson Commerce.

“eCommerce can no longer be treated as the supplementary sales channel. Global shoppers have clearly stated that, in the future, it will be their primary channel for retail purchasing,” said Hugh Fletcher, Global Head of Consultancy and Innovation at Wunderman Thompson Commerce.

For some organisations, and particularly marketplaces, they are reaping the rewards of investing in a strong online presence, “while the news has been littered with stories of businesses who have not identified these changing demands going bust,” Fletcher said in a statement.

Two-thirds (64 per cent) of global shoppers say that they prefer to shop with brands that have both an online and offline presence, while 59 per cent of consumers said they wished brands would communicate seamlessly with them across all channels, digital and physical.

The report revealed that in a post-pandemic world, online shopping will account for over half (51 per cent) of retail sales globally with 72 per cent of global shoppers saying that online shopping came to their rescue in 2020 and nearly three-quarters (73 per cent) saying e-commerce would be more important to them in 2021.

Across Asia, consumers reported that digital commerce has been more important to them during the pandemic than anywhere else and it is shoppers in this region who are also now demanding the most from digital retailers, said the report.

The report said that 86 per cent of Indian shoppers are less prepared to put up with mediocre or even ‘satisfactory’ shopping experiences and demand excellence from brands and retailers.

“2021 and beyond will usher in an era of more diverse online offerings, with marketplaces, direct-to-consumer brand sites and social commerce all having a key role to play,” said Fletcher. (IANS)