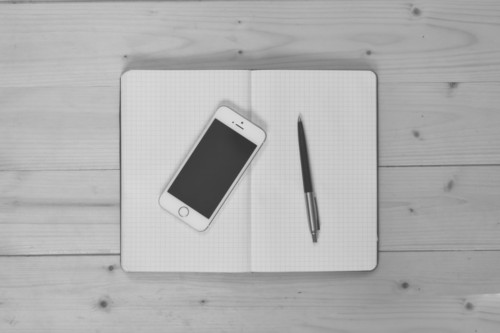 DETROIT – It’s an all-to familiar scenario- a job seeker with strong employment credentials has interviewed well, and received positive feedback from a prospective employer. After being asked to provide a list of references, communications suddenly stop; no explanation is provided, and the job seeker’s attempts to follow up elicit a vague “we decided to go in a different direction” statement.

What is happening here?

While there may be multiple reasons why a prospective employer has suddenly lost interest, one possibility is that a reference they’ve contacted has offered negative commentary about the job seeker. When this happens, the employer begins to see the job seeker as an employment risk, and it’s highly likely that the entire process will stutter to a stop.

The employment process can be tricky, and there are 3 common ways that an unfavorable reference can derail even the most promising job prospect:

1. The Supervisor Dilemma – A potential employer will often ask, “May we contact your former supervisor?” If they are told “no”, it sends up a red flag and makes the employer wonder what a job seeker has to hide. If the contact is permitted, a job seeker runs the risk that the reference may offer some negative feedback – supervisors often give a mix of favorable and unfavorable commentary about their former subordinates. Unfortunately, in this competitive job market, even a single disparaging comment can knock a job seeker out of the running.

2. HR’s Influence – Human Resources, which most former employees feel is a “safe” reference bet, can actually be quite problematic. While company policy may not allow them to provide damaging commentary, they may indicate that the employee is not eligible for rehire, or suggest that the separation was due to involuntary, unfavorable circumstances.

3. “Do Not Hire” – Still another possibility is that a job seeker is on a former employer’s “do not hire” list. This could be due to any number of reasons, including a failed background check, minor corporate infractions, or resume fraud. While most U.S. hiring managers rarely admit that they keep such records, they do exist.
Given these potential challenges, how can a job seeker protect themselves from career-damaging references?
A first step is to identify whether a key reference(s) is indeed problematic by employing a professional reference-checking firm to document both the verbal input and the tone of voice being offered by a reference. If a problem is identified, the reference-checking firm can put a job seeker in touch with an employment attorney to discuss possible legal options.

Allison & Taylor reports that while approximately half of all reference checks they conduct reveal negative input from the reference, it has been documented that a Cease & Desist letter is produces an immediate and highly effective result. The reason: given a choice between addressing possible legal action against their company, or the alternative of discouraging an employee who violated corporate policy (which typically states that employees will either refer any reference requests to Human Resources, or will only confirm employment dates/title) from ever doing so again, the CEO invariably chooses the latter course.

Further, Allison & Taylor conducts an automatic “re-do” of their reference checks as part of their Cease & Desist offering, and advise that after having received a letter, the percentage of “repeat offenders” is negligible. Instead, the references offer a “neutral” reference (confirmation of dates/title only) that will not be problematic for job seekers.
The adage “knowledge is power” is surely applicable in the job seeking arena. Never assume that former employers are offering favorable or neutral commentary to potential new employers. Take charge of your references, and your future career prospects.

(AllisonTaylor and its principals have been in the business of checking references for corporations and individuals since 1984. AllisonTaylor is headquartered in Rochester, Mich. For further details on services and procedures please visit http://www.allisontaylor.com/.)