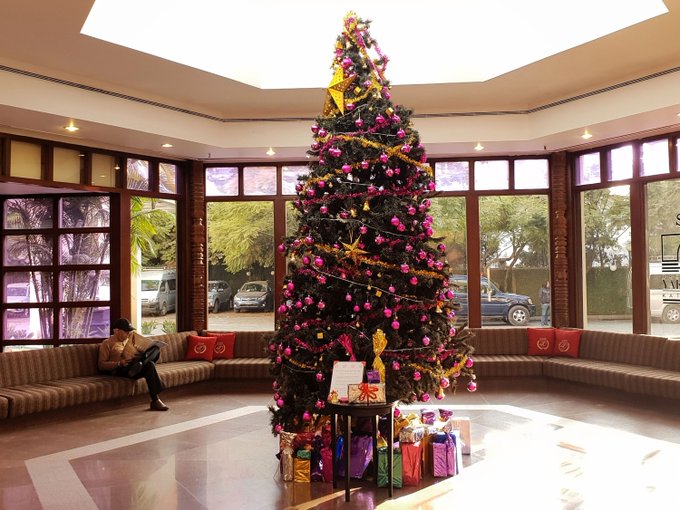 Marbella, Spain– A Christmas tree adorned with gems and ornaments worth more than $15 million at a Spanish resort could be the costliest in the world, media reports said.

The tree has been put up at Kempinski Hotel Bahia in Marbella, which is nestled along Spain’s southern coast.

The hotel collaborated with fashion designer turned baker Debbie Wingham to create the Christmas tree which is said to be worth a whopping ï¿½11.9 million ($15.4 million) for display at the resort.

Wingham posted a video clipping of the tree in all its splendour on the social media with the caption: “I call it 1.3 mill as it has 1.1 million dollar bills which are 24 carat gold bills then the diamond is a 200k job, the case is glass, the chain that hangs the ornament is 24 carat gold too, its quite a popular one, many people asking about it!”

Apart from Art Deco-inspired decorations like martini glasses, perfume bottles and 3D-printed chocolate peacocks, lighting and baubles, every tree branch is adorned with diamonds in different colours, apart from some sapphires. (IANS)