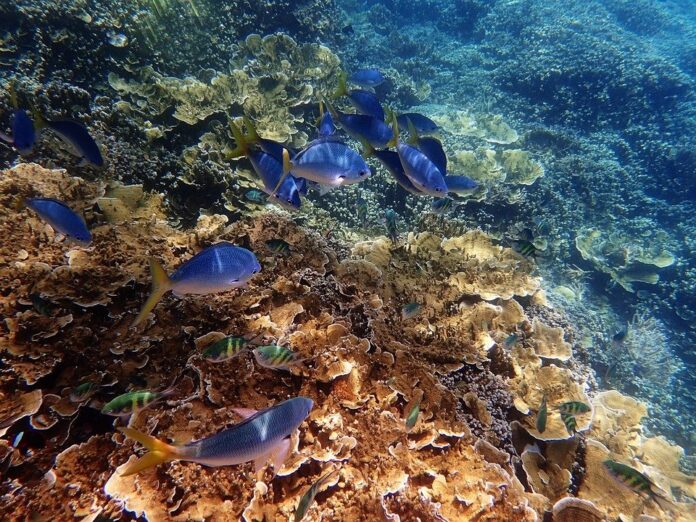 Nairobi– Approximately 14 per cent of the world’s coral has been lost since 2009, a report said on Tuesday.

The report, the sixth edition produced by the Global Coral Reef Monitoring Network (GCRMN), provides the most detailed scientific picture to date of the toll elevated temperatures have taken on the world’s reefs.

This, the largest analysis of global coral reef health ever undertaken, draws on data spanning 40 years in 73 countries across 12,000 sites and collected by more than 300 scientists through two million individual observations.

Coral reefs across the world are under relentless stress from warming caused by climate change and other local pressures such as overfishing, unsustainable coastal development and declining water quality.

An irrevocable loss of coral reefs would be catastrophic. Although reefs cover only 0.2 per cent of the ocean floor, they are home to at least a quarter of all marine species, providing critical habitat and a fundamental source of protein, as well as life-saving medicines.

It is estimated that hundreds of millions of people around the world depend on them for food, jobs and protection from storms and erosion.

Inger Andersen, Executive Director of the UN Environment Programme (UNEP), which provided financial, technical and communication support to the report, said, “Since 2009 we have lost more coral, worldwide, than all the living coral in Australia.

“We are running out of time: We can reverse losses, but we have to act now. At the upcoming climate conference in Glasgow and biodiversity conference in Kunming, decision-makers have an opportunity to show leadership and save our reefs, but only if they are willing to take bold steps. We must not leave future generations to inherit a world without coral.”

However, the report also found that many of the world’s coral reefs remain resilient and can recover if conditions allow, providing hope for the long-term health of coral reefs if immediate steps are taken to stabilise emissions to curb future warming.

“This study is the most detailed analysis to date on the state of the world’s coral reefs, and the news is mixed. There are clearly unsettling trends toward coral loss, and we can expect these to continue as warming persists. Despite this, some reefs have shown a remarkable ability to bounce back, which offers hope for the future recovery of degraded reefs,” said Paul Hardisty, CEO of the Australian Institute of Marine Science.

“A clear message from the study is that climate change is the biggest threat to the world’s reefs, and we must all do our part by urgently curbing global greenhouse gas emissions and mitigating local pressures.”

The analysis which examined 10 coral reef-bearing regions around the world showed that coral bleaching events caused by elevated sea surface temperatures were the main driver of coral loss, including an acute event in 1998 that is estimated to have killed eight per cent of the world’s corals, which, to put this in context, is more than all coral that is currently living on reefs in the Caribbean or Red Sea and Gulf of Aden regions.