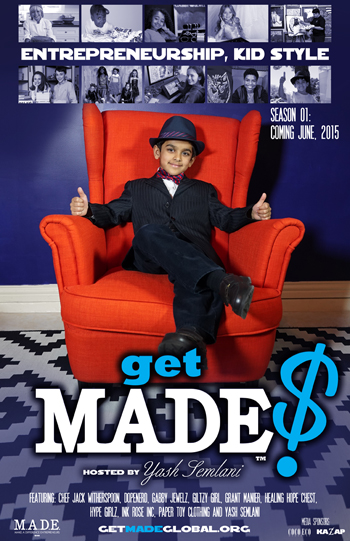 HOUSTON, TX—Ten-year-old Yash Semlani, son of Indian parents Gauri and Chanakya Semlani,  was appointed as Houston’s Inaugural Young Ambassador by Mayor Turner last month at Houston City Hall and was awarded a proclamation for his role as a young community leader.

Semlani is focusing on Children’s literacy, entrepreneurship, hunger and harmony in diversity.

Semlani, a 5th Grader at the public school in Houston, is a young entrepreneur and community leader and his successes have earned him several prestigious awards, speaking opportunities in the US and overseas and has been featured on major broadcast news and print publications.

He is also the co-founder of Make A Difference Entrepreneurs (M.A.D.E.), Inc., a nonprofit inspiring young kids to learn business skills and community service. He also is the host of a video series called GetMADE$ where he interviews successful kid entrepreneurs and their parents who share their journey and passion for inspiring other kids and parents.

The mission of the Mayor’s Young Ambassador Program is to provide elementary and middle school students the opportunity to develop leadership and citizenship skills while learning about city government. Members develop a sense of personal growth and achievement, a profound understanding of city initiatives and work to establish a rapport with community leaders and the citizens of Houston. Young Ambassadors will serve the city in their roles for one month, participating in various community service projects and special events.