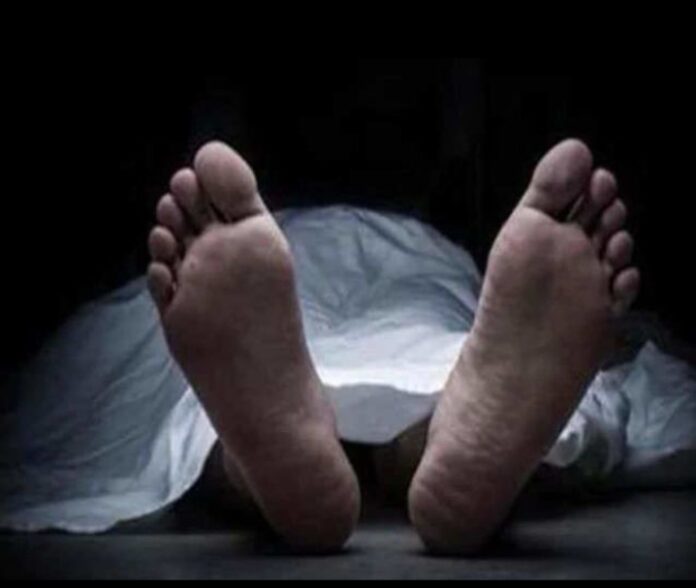 Lakhimpur Kheri (Uttar Pradesh)– A day after there were reports of men making videos of an injured girl asking for help in Kannauj, a similar incident has come to light in Lakhimpur Kheri where a 25-year-old man can be seen lying on the road in a pool of blood, writhing in pain and crying for help even as bystanders filmed the dying man.

In another viral clip shared by a social media user, Vinay Verma can be seen gasping for breath even as some bystanders ask him to name his ‘killers’ while others continue to make videos.

One onlooker can also be heard asking Verma to type the killer’s names on a mobile.

Verma, who took out Rs 1 lakh from his shop on Diwali eve, was robbed by unidentified assailants who then slit his throat and left him to die.

The police arrived later and took Verma to a local hospital where he succumbed to the injury.

Doctors said that the man’s life could have been saved had he been brought to the hospital in time.

Station House Officer (SHO) at Fardhan police station, Anil Saini, said, “The man was supposed to meet his friend when he was attacked by unidentified miscreants. We are finding out if there are any witnesses to the crime. The victim died before his statement could be recorded. We are questioning a few suspects.”

The victim was the only son of his parents and was looking after the family business after the death of his father. He got married two years ago and his wife is four months pregnant. (IANS)