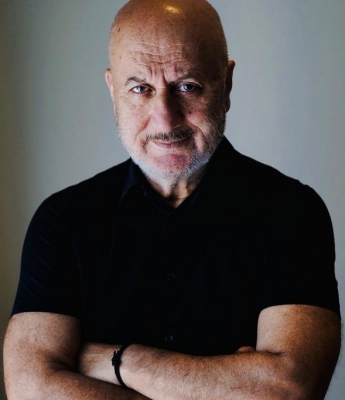 Mumbai– Bollywood actor Anupam Kher, who currently hosts the motivational chat show ‘Manzilein Aur Bhi Hain’, was seen having a conversation with his mother, Dulari Kher in the first episode of the show.

Now, the veteran actor interacts with achievers from different walks of life in his show, those who have become an inspiration for others.

In the first episode, he was seen interviewing his mother. From sharing some of her personal experiences of raising her children including Anupam and Raju Kher, Dulari revealed some memorable incidents of her life. The actor is happy with the response he got in the first episode.

Anupam said: “I’m happy with the encouraging response the show has been receiving, especially the first episode featuring my mother. The reason for this I believe is because truth resonates, truth triumphs.”

The actress has done certain small roles in her previous projects including ‘Zero’ starring Abhay Deol and also in romantic drama film ‘Malaal’. She is going to play a lead character for the first time in this movie.

While praising her and the reason to portray Sushrii as female lead in the film, Aayush said: “We were looking for a new name for ‘AS04’, who is not only a fresh face but also someone who can grab your attention with her personality.”

According to him, she is perfect for the character because she is a national level swimmer, horse rider and is trained in mixed martial arts.

“Sushrii perfectly fits the bill, with not only her looks as well as her acting skills and action abilities. We have already shot a few portions and we are thrilled to have her on board.”

Produced by K.K. Radhamohan, under the banner of Srisathyasai Arts, AS04 is directed by Katyayan Shivpuri. The film is slated for release in 2023.

Mumbai– “Yeh Hai Chahatein” actress Sargun Kaur Luthra has thrown light on her character Preesha post three months leap and how she has become bold and emotionless in the show because of the death of her husband Rudra, played by Abrar Qazi.

In the most recent episode, Rudra is shown as dying in a car explosion, and a grieving Preesha sets out to seek justice for her husband by putting his killer in jail. Now after the leap, it is shown that Rudra is saved but Preesha is unaware of the reality and both have different love interests.

Sargun said that after the death of Rudra, Preesha changed completely. Earlier, she was very loving and caring but now she has become more strong, bold, and daring.

“I’m thrilled that the show has taken a leap since my fans will now have the opportunity to see a different side of me. Preesha has always been a lovely, down-to-earth person, but since Rudra’s passing, she has taken on a more aloof, emotionless demeanour,” revealed Sargun.

As the plot has become more intriguing with the new twist in the show, the actress hopes that audiences will like it more.

“The audience will be intrigued to learn why Prisha made such a drastic change and what lies ahead for Preesha and Rudra,” she said.

It will be interesting to see how Rudra and Preesha unite again in the show and also how they try to find out the culprit, who separated them.

Mumbai– Bollywood actress Ananya Panday, who was last seen opposite Vijay Deverakonda in ‘Liger’, attended a Halloween party for which she dressed up as Kareena Kapoor Khan’s character of Pooja, colloquially known as ‘Poo’, from the 2001 blockbuster ‘Kabhi Khushi Kabhie Gham’. 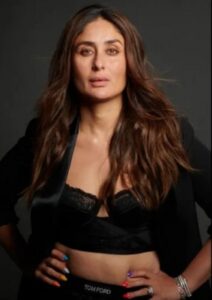 Kareena reacted to Ananya’s ‘Poo’ avatar by taking to the story section of her Instagram on Sunday where she shared a picture of Ananya in the Poo outfit from the party.

PHAT is a slang term that refers to ‘pretty, hot and tempting’. Ananya is celebrating her birthday on Sunday.

Ananya, whose two major films ‘Gehraiyaan’ and ‘Liger’ tanked badly on OTT and at the box-office, will be next seen in ‘Kho Gaye Hum Kahan’ produced by Excel Entertainment.

Meanwhile, Kareena is filming for Hansal Mehta’s next movie in London with her younger son Jeh in tow. The film is a murder mystery and has Kareena in the role of a detective.

She has also wrapped up the shooting of a Sujoy Ghosh film, which is an adaptation of ‘The Devotion of Suspect X’ by Japanese author Keigo Higashino. (IANS)