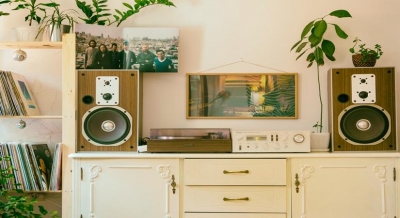 New Delhi– We are going through dynamic behavioural and psychological adjustments to overcome and adapt to the “new normal” of today, with the wave of pandemic still knocking at the world’s doors. While the epidemic created a physical barrier between nations, it also gave birth to a new “phygital” world that merged physical and digital paradigms. This new ecology brought us closer to our roots, customs, and families while also demonstrating the potential of cooperation.

We saw new dimensions and behaviours in photography and what society documented as their memories as a result of the rapid changes taking place around the world. Printing your favourite memories has gone a long way, thanks to advances in photo printing technology that make it simple for anyone to make their own printed snapshots. From 2021 to 2028, the global online picture printing market is expected to increase at a CAGR of 6.47 per cent, from USD 13,074.70 million in 2020 to USD 21,082.23 million in 2028. Another important aspect favouring the expansion of this market is an increase in disposable income coupled with a greater willingness to spend on luxury presents.

We saw a few tectonic upheavals in the industry this year and identified several emerging trends that could shape 2022.

People can now work from beautiful settings near the sea and mountains thanks to the new era of remote working. This gave the professionals a chance to relax and socialise with friends, family, and even strangers. People took advantage of the opportunity after the lockdowns were removed to explore and appreciate the vastness of the land. As a result, the number of local trip photos printed by families and couples has increased.

In the past year, there has been a little increase in the number of children born around the world. In these trying times, families went through an emotional overdrive to find a glimmer of happiness. Photo printing and Photobooks capturing a child’s growth path with monthly timestamps have increased in popularity, allowing people to remember about this timeless marvel.

Capturing the radiance of Intimate Weddings

Couples and families resorted to modest, closed-door weddings throughout the year due to prohibitions on public gatherings and celebrations. This prompted the couples to spend more money on recording these memories and having them printed at their own speed, time, and design.

In the midst of the epidemic, celebrations of milestones and events migrated indoors, with closed gatherings and family present. While individuals appreciated small, private parties, they also desired to document these moments and memories. As a result, the business has seen an increase in photo printing for birthday parties, online graduations, and other events.

2021 has also been a year of significant throwbacks and reminiscing about the good old days. People had more time to seek for these images and relive those experiences in the first half of 2021, thus they printed more old memories, old vacations, and old events.

Tier 1 cities had a temporary drop in photo printing during the epidemic, while tier 2 and 3 towns were unaffected. Despite the fact that the country was in the midst of an economic downturn and the printing industry had seen a drop in total orders, the Tier 2 and 3 cities continued to print as usual. Orders from far-flung parts of India, such as war zones and Kashmir’s outskirts, have increased, according to the market.

During the pandemic, the picture printing sector went through a lot of changes, which were prompted by the shifting behavioural and psychological patterns of the end users. Consumers gravitated to images for sustaining dialogues, creating fantastical stories, and enjoying ancient memories that connected them to a stream of eternal feelings, even in the face of such uncertainty. (IANS)