When you have the urge to kiss someone you’re close with, or feel the tug of a longing for home, where does that come from?

Some might say from learned experience, shared intimacy, and long familiarity with a place. Others might say it’s a biological urge, akin to the mating behavior of the great apes with whom we share so much ancestry, or the homing behavior of any number of migratory species. Still others might reduce it to molecular cascades: hormones flooding specific brain regions, whose effect is to urge us to certain behavior, perhaps at times barely restrained.

Steven Phelps eschews such on-the-one-hand-or-on-the-other thinking, taking instead a scientific approach that seeks out different points of view and ways of thinking about the same problem. Instead of picking scientific sides, he credits each view as stemming from expertise within its discipline, whether in the natural or social sciences, and seeks out what it has to teach him, what insights might be illuminated by the different colored lights shining on the same subject: social behavior.

Phelps, a professor of integrative biology and director of the Center for Brain, Behavior, and Evolution at the University of Texas at Austin, is a fellow at Harvard Radcliffe Institute this year. He’s working on what he describes as something of a “weird project”: writing a popular science book on “the biology of intimacy,” or how and why individuals of all species—including humans—form relational bonds. In it, he will draw on insights from his field of evolutionary neurobiology and findings from his work on the evolution of behavior, specifically social behavior, and pair bonding in the animal kingdom.

Phelps’s insights on the subject are largely thanks to a small, mouselike rodent called a prairie vole, which lives in the prairies and ungrazed pastures of the Midwest. Prairie voles have the distinction of being monogamous, a trait that, although shared by these voles and humans, is rare among mammals. The voles provide a natural model through which Phelps can explore the biological basis of bonding. By comparing monogamous and more promiscuous voles of other species, Phelps has been able to not only observe these different behaviors in the wild but also take work back to the lab and delve deeper, observing which genes are active in each case, how different parts of the brain are affected, and what that means for differing bonding behavior, which includes fidelity both to a partner and to a home territory. In recent years, for example, neuroscientists have found that receptors in the brain for oxytocin (a hormone released into the blood during sexual activity) and vasopressin (which has a role in sexual activity and pair bonding) are found in greater abundance in the reward centers of monogamous voles. 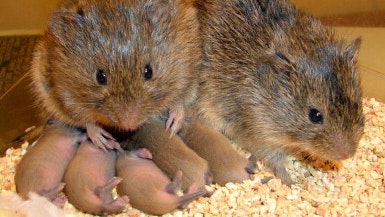 Pair-bonded male and female prairie voles share a nest and territory, and both parents provide parental care to the offspring. Photo by Todd H. Ahern

“These peptides—oxytocin in particular—are released during social interaction. I think putting receptors for this peptide in the reward circuitry is a way of forming an attachment. It’s a way of developing a fondness for somebody that you’ve had these interactions with,” says Phelps.

Straight lines can’t always be drawn from animals to humans, but Phelps says it’s not unreasonable to believe that there are certain circuits that are common among most mammals. And he points out that functional MRI scans of humans holding hands or even having orgasms—anything in the name of science—show the same circuits lighting up as in prairie voles.

“To me, it really suggests some kind of common mammalian circuit for forming bonds,” Phelps says. “My interpretation is that other species form bonds that are extremely important emotionally—and I use the word ‘emotionally’ cautiously because I want it to be clear that I don’t think that they have the same rich interior lives that we have. But I think a lot of the evolutionary logic is the same. I think that many of the brain regions are the same.”

In his quest for understanding, Phelps hasn’t been shy about looking to other disciplines, including the social sciences, serving as president of the Society for Social Neuroscience, which brings together neuroscientists, psychologists, psychiatrists, and neurologists with a focus on social behavior.

Phelps’s biology of intimacy project relies on that interdisciplinarity. He plans to synthesize insights on bonding behavior from evolution, neuroscience, and psychology and weave it together with a fourth thread: memoir. Phelps grew up poor, the son of a Saudi graduate student who didn’t stick around and one of the few white girls growing up on her Montana Indian reservation. His Middle Eastern background made him the darkest kid in his southern Illinois high school, something his classmates didn’t let him forget. He was in and out of trouble, but sociable, and has lived a life enriched by relationships. 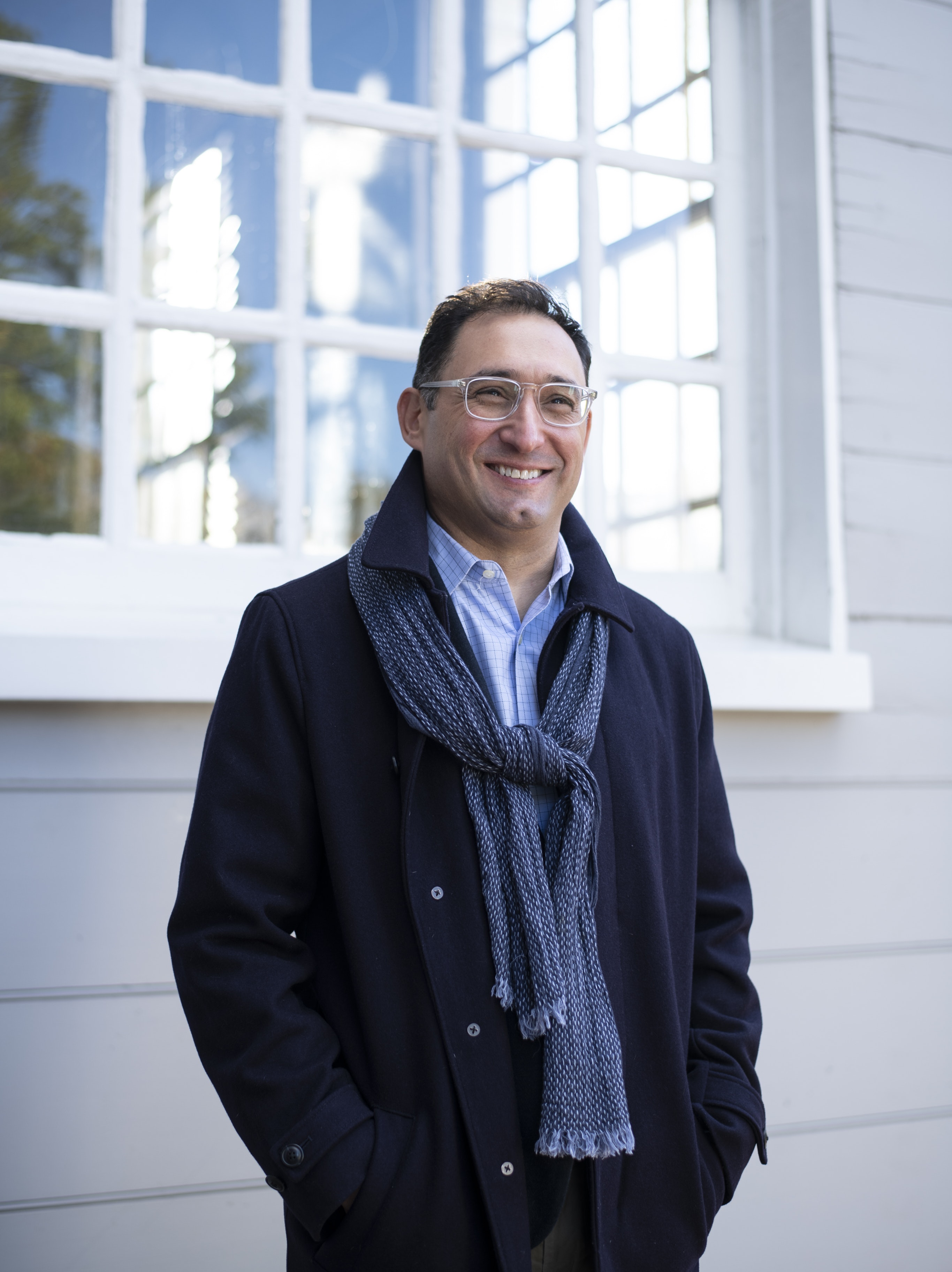 Phelps plans to synthesize insights on bonding behavior from evolution, neuroscience, and psychology and weave them with a fourth thread: memoir. Photo by Tony Rinaldo

“While I think that biology has shaped my body and my brain, and that defines the range of my experiences in some way, I also think that talking about my life and the lives of people I’ve known will provide a prompt for thinking about how such experiences might resonate with the scientific ideas,” Phelps says.

Hopi E. Hoekstra—who has found parallels with Phelps’s vole work in some of her own mouse research—says that, in an era in which science is increasingly specialized, Phelps’s intellectual curiosity and collaborative, gregarious nature may make him the right person to put what’s been learned into a broader perspective.

“Besides, potentially, people who are touched by specific diseases, I’m hard pressed to think of a more eager, hungry audience than those interested in our behavior and why we do things,” says Hoekstra, Harvard’s Alexander Agassiz Professor of Zoology and a professor of organismic and evolutionary biology. “What’s the evolutionary context of that broad behavior? What are the influences of genes? Of the environment? It’s intellectually a really rich environment to explore. I’m biased, but I think that’s fascinating.”

(Alvin Powell is a staff writer for the Harvard Gazette.)

Reprinted with permission from the Harvard Gazette.