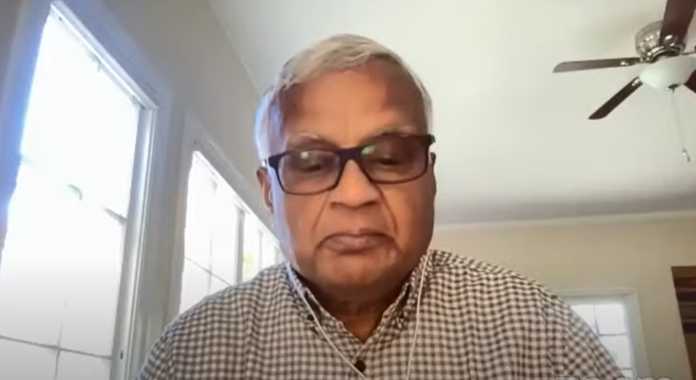 Indian American Muslim Council said in a statement that attendees at the virtual Briefing learned firsthand from family members of such POCs how the Indian government has been jailing human rights defenders, religious minorities, journalists, students and activists in false criminal cases — often charging them with blasphemy, terrorism and sedition.

“My brother was always a man who spoke against injustice. He went to visit the family of the young girl who was brutally raped and murdered. His only intention was to fight for justice, and they arrested him as if he was a terrorist,” said Monis Khan, the brother of Masud Ahmad.

Ahmad, a student leader, was arrested by Uttar Pradesh in October last year while he was on his way to meet with the family of a Dalit woman who had been raped and brutally murdered by upper caste men in Hathras district.

Ahmed has been charged under the draconian Unlawful Activities (Prevention) Act and has been denied bail. He was a student at New Delhi’s prestigious university, Jamia Millia Islamia.

Khan rejected the police’s allegation that Ahmed had planned to incite violence at Hathras. “It has been one year, and they still have no evidence [against him] to produce in court. He is being treated like a terrorist for speaking up for the rape victim.”

Nargis, the wife of Khalid Saifi, a human rights defender in prison since February 2020, said: “My husband is getting punished for raising his voice against the government. It breaks my heart narrating this incident, which made our lives miserable, and made us feel how helpless we are.”

Saifi was arrested on false charges of planning sectarian violence. Ironically, that violence itself was directed against Muslims in India’s capital, New Delhi, and has been widely reported to have been carried out by Hindu extremists affiliated with Indian Prime Minister Narendra Modi’s Bharatiya Janata Party (BJP).

A mobile phone video showed that Saifi had merely approached the police on a street to speak with them, which is when they literally kidnapped him and took him away. The next morning when the police brought him to a court he was in a wheelchair with broken legs. The police have charged him under UAPA.

A Congressional Briefing with Families of Prisoners of Conscience in India
Saifi’s sister added: “He has three small kids. They all miss their father. He is a great man who does everything for his children and his wife. His children ask about him every single day — when will we be able to see our father? When will we eat food with him? When will we play with him? And we can’t even reply to this question.”

Speaking at the Briefing, Syed Qasim Rasool Ilyas, a veteran Muslim leader, journalist and activist, said the international community should demand that India immediately free its political prisoners on bail.

“The way the government is moving here in India, we fear that more hard times are going to come. This is a fascist government. This is an authoritarian government. Democracy is threatened, civil society is threatened,” Ilyas said. “India is turning into an autocracy. And that is a concern for all of us, because India was the second-largest democracy in the world. Now we are losing that status.”

Ilyas’s son, Umar Khalid, too has been in prison since September 2020, also under UAPA for allegedly planning Delhi’s anti-Muslim violence. A speech that the police have cited as evidence actually shows Khalid exhorting the protesters against India’s anti-Muslim citizneship law to continue their demonstrations in a nonviolent manner.

“The UAPA was used against a journalist without any evidence. In India, it is not possible for a journalist to work freely from the ground. He went through a lot of harsh human rights violations in jail,” said Raihanath Kappan, the wife of Siddique Kappan, a journalist from Kerala, who was arrested along with Masud Ahmed and has been in prison despite failing health and even the loss of his mother during incarceration.

Raju Rajagopal, a cofounder of Hindus for Human Rights, cited reports to say that Indian police had charged over 10,000 people under the UAPA, a law that Prime Minister Modi’s government has modified to allow “anyone to be charged as a terrorist, even if they are merely protesting unjust laws or reporting on anti-minority violence.”