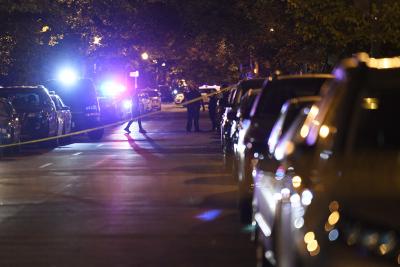 Washington– At least five people were killed and more than 40 others injured after a vehicle rammed into a crowd at an annual holiday parade in Waukesha, a city in the US state of Wisconsin, authorities said on Monday.

On its official Twitter handle, the City of Waukesha said: “At this time, we can confirm that five people are deceased and over 40 are injured. However, these numbers may change as we collect additional information. Many people have self-transported to area hospitals. The Police Department has the person of interest in custody.”

It added that the “scene is still fluid, and the investigation is ongoing”.

The incident took place at around 4.30 p.m. on Sunday in Waukesha, part of the Milwaukee metropolitan area, when an SUV broke through the barriers and sped into the roadway where the Christmas parade was taking place, according to local media reports.

A smartphone video captured the vehicle running through the crowd, hitting pedestrians and accelerating throughout the route.

Police have shut down nearby streets and urged the public to avoid the downtown area until further notice.

Addressing a press conference on Sunday night, Waukesha Police Chief Dan Thompson had said that some of the individuals struck by the vehicle were children.

He had also confirmed that a person of interest was in custody, but gave no further details

Meanwhile, a White House official has confirmed that President Joe Biden has been on the incident.

Waukesha Mayor Shawn Reilly said it was a “traumatic” time for the city, and called the incident a “senseless act”.

Republicans cement hold on legislatures in US battleground states