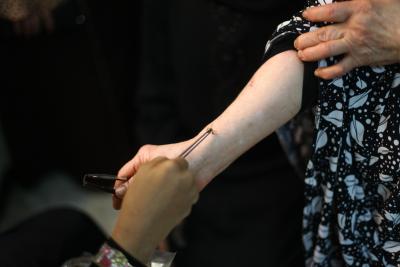 The survey, by Heal Health and Hansa Research, and supported by Procter and Gamble Health, was conducted among 1,800 respondents across 12 cities to gauge the awareness levels and perceptions about nerve health among Indians, and its findings revealed that people have limited knowledge about this issue.

Over 90 per cent of the respondents believe that healthy nerves are important, but only 38 per cent know that nerves are different from blood vessels.

The health experts explained that the deficiency of B vitamins leads to nerve damage. Dizziness, muscle weakness and feeling of pins in limbs are the top three symptoms experienced by people suffering from nerve health — a fact only understood by 50 per cent of the participants surveyed.

“Besides other factors, people with Vitamin-B deficiencies have a higher probability for nerve impairments. Special nutritional habits or malnutrition can lead to deficiencies in certain essential vitamins, like the neurotropic-B vitamins, which play a very important role in keeping your nerves healthy and protected,” said Dr Satish Khadilkar, Dean and HOD Neurology, Bombay Hospital Institute of Medical Sciences, in a statement.

B12 deficiency is extremely common in India — amongst other deficiencies — owing to malnutrition being extremely common and improper diet and lifestyle. The nerve damage caused by a lack of Vitamin B12 may become permanently debilitating, the experts warned.

“Like most vitamins, B12 can’t be made by the body. Instead, it must be gotten from food and supplements. Therein lies the problem as while some people don’t consume enough vitamin B12 to meet their needs, others can’t absorb enough, no matter how much they take in. As a result, vitamin B12 deficiency is found to be relatively common, especially among older people,”added Khadilkar.

“Good nutrition is often the first line of defence to avoid many diseases, including nerve health. The food you eat can improve your nervous system’s functioning. Knowing which nutrients nourish your nervous system can help you lead a healthier life and reduce your chances of nerve-related problems,” said Dr Mangesh Tiwaskar, Honorary General Secretary, Association of Physicians of India. (IANS)