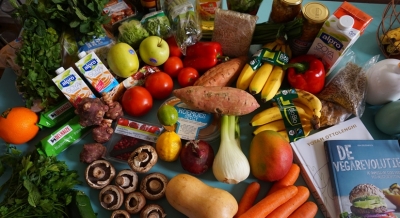 New Delhi– It was while writing an article on the Bengal Famine of 1943 that she asked herself — why does Indian food only focus on taste-centric gastronomy? Who writes about cuisine, and who grows food?

Also, why is it that the Indian food history does not consider periods of hunger as legitimate, is there a reason that these get buried, and do they have to do with shame and trauma?

Sharanya Deepak, one of the two residents of the Serendipity Arts Residency in Culinary Arts, will research on exploring food histories through moments of famine in the South Asian sub-continent.

Focussing on the Rajputana famine of 1869, which affected the British territory of Rajputana, that stretches from present-day Ajmer to Punjab, she tells IANS, “For the same, I will juxtapose this moment in history with techniques of ingenuity that present day hunger is battled with in the region, and see how moments of hunger trickle into urban kitchens. I also want to be able to work within the same without resurging the trauma and shame of the time. It will be seen if that can be done successfully.”

Talk to her about the current state of writings on food in India, which is slowly coming off the crutches of the few elitist authorities, and she says, “Previously, food was associated with catchphrases like tradition, and authenticity, with a few folks deciding what is good and bad food. In a nation of a billion, all revived by social hierarchies, this is not only inaccurate but also banal. But nowadays we have publications like the very resolute Goya Journal, and London-based Vittles, a newsletter, which publish a lot of great writing on South Asian food.”

Even as food writing is limited to ‘restaurant reviews’ in the mainstream media, she finds it tragic that we cannot look past this culture of hero-worship and lifestyle writing when it comes to food.

“Why I don’t think it is odd is because food and media are both based on rigorous structures of ownership that are run by the dominant caste, urban, upper-class individuals and organisations. So the narratives also remain gate-kept and sterile. But I do hope that we will see more writing that branches out nowadays.

“I think the international media, even though it has its own set of challenges, has set alight a bunch of great food writing from India. Take this piece on who guards the Alphonso mango on Blood Fry, or this excellent piece about the Kebab roll in Pakistan in Vittles. These are all great bits of writing that are about food, but also about much else. This is the kind of writing I enjoy… I cannot think of food in isolation,” she says.

For someone who started as a freelance journalist with mainly international publications, and did not intend to make food-writing her genre, her reason for branching out was because the Indian media is saturated with feature writers.

“I thought it best to have a niche if I was going to freelance, as the food writing world was sort of up and coming then. It was a good ruse to be able to enter and write about the things I enjoy, but can also be critical of. I am not exclusively a food-writer though. Although I have been assumed to be. So the next year is going to be a direct effort to branch out and write about other things as well,” she says.

Currently working on some first-person essays, and wanting to write more about music, she is hoping that the essay-work will help her put together a book-proposal on the same.

“I also have the idea to work on a book that considers urban dishes that come up in cities, ones that cannot be categorised — say the Tandoori momo, or Frankie roll. These are dishes that heritage food critics are always dismissive of. I think these hold great histories and good scenes, and maybe I will look at working on a book about them,” she concludes. (IANS)

Craving a burger? Bite into a plant-based meat patty

Whip your regular coffee into a cocktail

All you need to know about gluten free grains

Healthy alternatives for the festive season