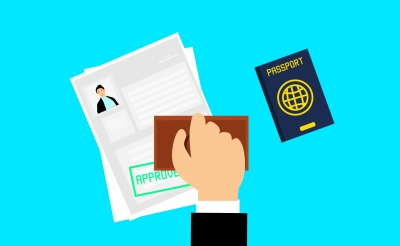 Dubai–  In a move that brings relief to thousands of Indian expats, Dubai announced it will allow them to come back even if their residence visas have expired.

Also allowed to return were residence visa holders from Pakistan, Nepal, Nigeria, Sri Lanka, and Uganda. Anyone holding an expired Dubai residence visa now has time to return until November 10.

A large number of Indian expats had flown back to the country earlier this year when the second wave of Covid-19 was rampant, and were then unable to return to the UAE as the flights were suspended.

FlyDubai, the low-cost carrier operating from the emirates, posted on its website: “The GDRFA has extended the expiry date of Dubai-issued UAE resident visas for nationals of India, Nepal, Nigeria, Pakistan, Sri Lanka and Uganda who are stranded outside of the UAE.

“This applies to Dubai-issued UAE resident visas which have expired or will expire between April 20, 2021 and November 9, 2021 inclusive.”

However, the airline said that the expiry will not be extended for holders of Dubai-issued visas who have stayed outside of the UAE for more than six months, if they left before October 20, 2020.

It was unclear at the moment if the same offer applied to residence visas issued by Abu Dhabi, Sharjah, or other emirates.

The move was later confirmed by the General Directorate of Residency and Foreigners Affairs (GDRFA) to Gulf News.

In a statement, the GDRFA said: “The procedure will be done according to certain conditions and procedures including that the beneficiaries must be outside the country since the expiry date of residency between April 20, 2021 and November 8, 2021. GDRFA-Dubai will extend the residency visas until November 9.”

Once the expats return with expired visa enter the country, the system will give them a 30-day grace period from the date of entry to change their status and renew their visas. (IANS)