Yami married her ‘Uri: The Surgical Strike’ director Aditya Dhar in June in a private ceremony.

The 32-year-old had then shared a picture from their wedding venue and said they were both private people and preferred to get married in presence of family and close friends.

On the professional front, Yami has her diary full with a packed schedule. Her line-up includes films such as ‘Bhoot Police’, ‘A Thursday’, ‘Dasvi’ and ‘Lost’.

The actress will play a crime reporter in Aniruddha Roy Chowdhury’s ‘Lost’, a kindergarten teacher, who takes children as hostages in ‘A Thursday’ and an IPS officer in ‘Dasvi.’ 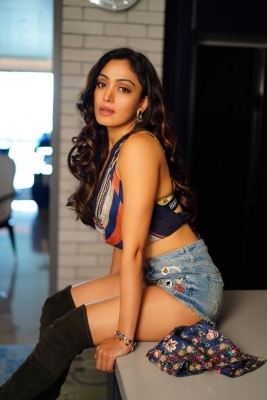 The actress recently completed shooting of her debut untitled film with R. Madhavan and has reached the sets of ‘Dedh Bhiga Zameen’ directed by Pulkit.

‘Dedh Bigha Zameen’ is a family drama set in the small town of Uttar Pradesh. The plot revolves around the dignified struggle of a common man to win what is his.

Khushali shares her experience of preparing for her role opposite Pratik, who gained critical acclaim for his film ‘Scam 1992’.

She told IANS: “Pratik is very observant as an actor. Preparing with him was again fun and creatively satisfying. We understood each other’s way of timing and I think it works best when there’s chemistry off-screen because that way it reflects on cinema as well. I look forward to learn equally as much from Pratik.”

Talking about the film’s content, Khushali said, “The film is a heartland fiction. I’m fortunate to be exploring an unseen and non-quintessential side of storytelling which is content-oriented and socially relevant.”

Sonu Sood inspired me in many ways: Piya Valecha

Mumbai– Actress Piya Valecha, who has been seen in TV shows such as ‘Bahu Hamari Rajni Kant’ and ‘Dilli Wali Thakur Gurls’, will be sharing the screen opposite Sonu Sood. 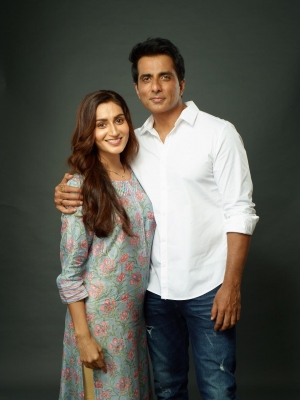 Talking about being cast opposite Sonu Sood, Piya told IANS, “I’m over excited to shoot with actor Sonu Sir. It was a big dream come true. He has inspired me in many ways. It was a fan moment to be in a frame along with him as his screen wife. I couldn’t ask anything more from God.”

Piya will be playing the role of Sonu Sood’s wife in an upcoming commercial. Sharing her experience of working with the actor, she said, “Sonu sir is very kind, grounded, and a humble human being. He appreciates others and has no attitude at all.”

Mumbai– Actress Shubhangi Atre who is seen playing the role of ‘Angoori’ in the show ‘Bhabiji Ghar Par Hain’ enjoys turning a bride for shoots.

She says, “I enjoy the bridal makeover. For the upcoming track I’m shooting as a bride and it is making me happy. I feel excited to reach my sets with a thought of getting ready as a bride, wearing the bridal outfits, putting make-up and wearing the jewellery. It is so much fun. It’s not the first time, I even don’t remember how many times I have turned a bride for my shoots. But each time the excitement is so fresh and refreshing.”

Shubhangi is known for featuring in shows like ‘Do Hanson Ka Jodaa’, ‘Kasturi’ and ‘Chidiya Ghar’.

Mumbai– Actor Sahil Khattar says during the lockdown last year he had to go through a body transformation as preparation for a project. Since all the gyms were closed during the lockdown, singer Sonu Nigam offered the actor the use of his personal gym. 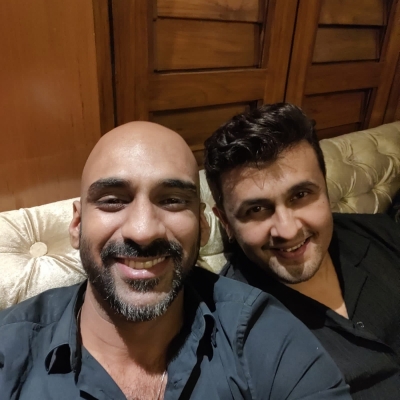 Sahil said “I had no idea how I was going to lose weight, because of the pandemic I had gained some. Being from a Punjabi family myself in the initial days like every other family, my mother also had started cooking different things every day. So, I indulged in a lot of Chole Bhature, Pakode, and all types of fried food.

“But, Sonu Sir came to my rescue as he offered his personal gym to me to train in. I haven’t spoken about it much but credit goes to Sonu Sir for being so selfless and for opening his home to me and my trainer as this was in the initial days of lockdown when the situation was so scary and uncertain.”

The actor plays the antagonist in the upcoming film ‘200 Halla Ho’ which releases on ZEE5 on August 20.

Mumbai– Sonakshi Sinha is going to virtually join the cast of ‘Bhuj: The Pride Of India’ on the ‘The Kapil Sharma Show’.

Kapil acknowledges that in the movie, Sonakshi did a fabulous job when it came to sword fighting and other scenes that included fighting. He jokingly adds that if Sonakshi would have showcased her skills earlier and participated in the Olympics, she would have definitely won a medal.

Adding to the banter, Sonakshi who left no stone unturned on humour, told Kapil, “Kapil vaise to aap bhi perfect rahoge Neeraj Chopra ki biopic mai kyunki, lambi lambi toh aap bhi fekte ho bahut” (Kapil by the way you too will be perfect in Neeraj Chopra’s biopic because you also like to blow your own trumpet).

Sonakshi’s witty one-liners left everyone on the sets in splits including the cast of ‘Bhuj.

This weekend ‘The Kapil Sharma Show’ is making a comeback with the cast of ‘Bhuj: The Pride of India’ as the special guests. Ajay Devgn, Nora Fatehi, Ammy Virk and Sharad Kelkar will have hilarious conversations with host Kapil Sharma.

Further, the actors also took a moment to appreciate the efforts put in by the Indian athletes during the recent Tokyo Olympics.