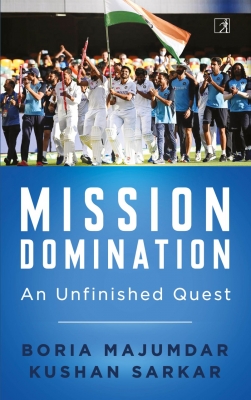 New Delhi– It certainly wasnt a good day for Indian cricket on the 2020-21 tour of Australia. No one could fathom what had hit them after the team folded up for 36 in their second innings on December 19 on the third day of the first Test at Adelaide as the hosts romped home to an eight wicket victory.

Something changed exactly a month later. If Adelaide was a nightmare Brisbane was surreal on January 19.

Set to score 328 India raced to 329/7 on the fifth day of the fourth and final Test to claim the series 2-1. (India had won the second Test and the third had been drawn.)

A lot had changed between 36 all out and 329/7. Everyone saw the performances but what went into putting in that kind of an effort isn’t something people are aware of.

What was going through Ravi Shastri’s mind and what exactly was that phone call with his best buddy Bharat Arun?

What did R. Sridhar tell Hanuma Vihari when he hobbled back during tea break in Sydney?

What about the disappointment of Rishabh Pant before those highs, Rohit Sharma’s desperation to be out there, Shardul Thakur’s grit or the politics that Navdeep Saini faced in his formative years?

Why was Shubman Gill always destined to play cricket?

How did R. Ashwin turn the corner for one of his finest seasons?

What are the tragedies and tough times that made Cheteshwar Pujara who he is today?

Every moment has a story as well as a back-story where it all started for this team.

Boria Majumdar and Kushan Sarkar track that journey in “Mission Domination ï¿½ An Unfinished Quest” (Simon & Schuster), bringing back their life story in flesh and blood. Meticulously researched, it’s a ringside view of the making of a new Indian men’s cricket team, giving readers a behind the scenes glimpse into the mindsets of the players, both the youngsters as well as legends of the game like Virat Kohli, Ashwin and Rohit.

Boria Majumdar is a sports historian and author and holds a doctorate on the social history of Indian cricket from the University of Oxford. His last book with Simon and Schuster, “Eleven Gods and a Billion Indians”, was awarded the Rabindra Puraskar in 2018. He is also the co-author of Sachin Tendulkar’s autobiography, “Playing it My Way”.

Kushan Sarkar is a special correspondent with PTI. He has covered several ICC events as a journalist, including World Cup games in Australia, England, New Zealand, Sri Lanka and Bangladesh. He has extensively written about both cricket as a sport and the politics associated with it. He has also worked in Times of India, The Telegraph and Asian Age in his career spanning seventeen years.(IANS)