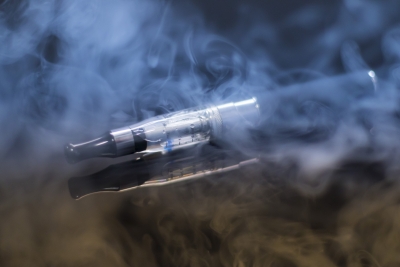 New York– While cigarette smoke is known to increase the risk of lung disease and Covid-19 infection, a new study on mice showed similar effects with exposure to e-cigarette vapour, particularly when nicotine is present in the vapour.

The study, by researchers, including one of Indian-origin from the Thomas Jefferson University in Philadelphia, US, showed that mice exposed to e-cigarette vapor had inflammation of their lung tissue and reduced lung function, confirming the dangers of vaping.

The finding is relevant to humans as exposure to e-cigarette vapour increased levels of the angiotensin-converting enzyme 2 (ACE-2) — the receptor on the surface of cells that SARS-CoV-2 uses to invade.

Using the spike-like protein on its surface like a key, the novel coronavirus binds to the ACE2 receptor found in the lining of our airways, and unlocks its path into our lung cells.

“Our findings provide rationale for looking at the effect of vaping on ACE-2 levels in the lungs of humans,” said Pawan Sharma, from the varsity’s Center for Translational Medicine.

“If a similar induction of ACE-2 is seen, it provides further evidence for vaping being a risk factor for Covid-19 and can help us understand how to prevent and mitigate infection in this population,” he added.

The study was published in the Journal of Investigative Medicine.

The researchers housed female or male mice in a box attached to an automated system that delivered precisely controlled amounts of e-cigarette vapour, with or without nicotine, for 30 min, twice a day for 21 days.

Compared to control mice that breathed room air, mice exposed to e-cigarette vapour had an increase in the levels of the ACE-2 receptor in the lungs, male and female.

Though this was not tested in the current study, higher levels of ACE-2 receptor could make it easier for the virus to enter the airways, increasing susceptibility to infection, the researchers said.

Interestingly, the presence of nicotine in the vapour further enhanced the increase in ACE-2 specifically in male mice. Though further research is needed to understand the complexity of risk factors for Covid-19, this result sheds light on important physiological differences that make one sex potentially more vulnerable, they added. (IANS)

Boston Mayor Announces COVID-19 Advisory Committee, But There is Not a Single Indian-American on the List