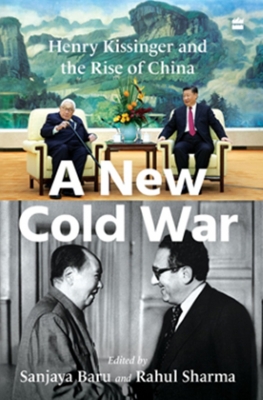 New Delhi– In July 1971, US National Security Advisor Henry Kissinger made a secret visit to China to meet top Chinese leaders. This inaugurated a new phase not just in US-China relations but in contemporary history. That visit and the subsequent US-China relationship, including the US decision to invest in China’s economic rise and admit it into the World Trade Organisation, combined to firm up the foundations of China’s rise as a world power.

For more than four decades, the leadership of the two countries had a secretive pact, which worked well to each other’s benefit. The US helped power China’s economic growth in the hope that Beijing would turn a new political leaf and adopt Western practices (e.g. democracy). China grew economically and militarily, used its financial prowess to spread its influence across continents, as four generations of Chinese leaders built their nation at the expense of the US.

Half a century after Kissinger’s historic visit, the US and China are today engaged in a trade war bordering on a new Cold War. Washington is not openly talking about “de-coupling” from China, which has begun to challenge its global dominance, but it might very well be. China has already established itself as a dominant power across Eurasia.

“A New Cold War: Henry Kissinger and the Rise of China” (HarperCollins), edited by Sanjaya Baru and Rahul Sharma, a collection of critical essays examines the impact, consequences and legacy of Kissinger’s first, door-opening visit to China and how it has shaped world order.

“Marking the 50th anniversary of the Nixon-Kissinger outreach to China, this unique collection of essays by eminent scholars and diplomats from around the world offers critical perspectives on America’s contribution to China’s rise and the origins of the New Cold War,” says Sanjaya Baru.

Rahul Sharma says: “Kissinger’s was a path-breaking visit, which changed the world forever. China’s rise is a reality that the world will continue to grapple with for a long time to come. The essays in this book attempt to analyse what prompted the Americans to open the doors to China, as well as the challenges that it has created for just about every nation today.”

Swati Chopra, Executive Editor, HarperCollins India, says: “There is no doubt today of the impact that one man has had on the geopolitics of the past few decades – Henry Kissinger. His contribution to the rise of China is perhaps a lesser known aspect of this, which is what “A New Cold War” is about.”

“With incisive essays from credible voices from around the globe, this is exactly the book that we need in order to understand the evolution of the US-China relationship, its contribution to China’s rise, the consequences for China’s neighbourhood (including India), and why we might be on the verge of a new Cold War,” Chopra adds.

Sanjaya Baru is a political commentator, author, former newspaper editor and policy analyst. He was the media advisor to former Indian Prime Minister Manmohan Singh; Director for Geo-Economics and Strategy at the International Institute of Strategic Studies, London, and visiting professor at the Lee Kuan Yew School of Public Policy, Singapore. He was member of India’s National Security Advisory Board in 1998ï¿½2001. His publications include “Strategic Consequences of India’s Economic Performance (2006)”.

Rahul Sharma is a former newspaper editor who now advises corporates on public affairs, policy issues, business and communication strategy. He is a keen China watcher since his days as a wire agency correspondent and editor in Asia, and has sustained his deep interest in international affairs, global diplomacy and economy. A co-founder and former President of the Public Affairs Forum of India, he also curates a foreign policy blog in his free time.(IANS)