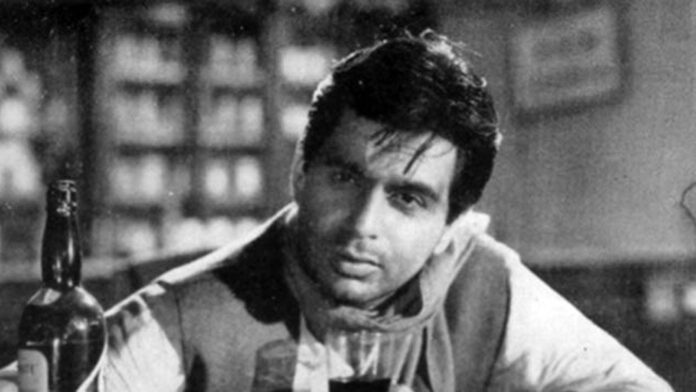 New Delhi– Few actors in Bollywood have had as many clones as Dilip Kumar. The assertion would seem like the greatest note of flattery in a film industry that survives and thrives on being ‘inspired’, more than superlatives such as star, superstar, megastar, thespian — even legend, for the word is often loosely used in Bollywood.

Dilip Kumar, who passed away on Wednesday in Mumbai at the age of 98, was always the benchmark. He had a direct impact on many actors who worked in his time, from the forties to the nineties. He continues to indirectly impact actors post nineties too, for those who fashioned their acting after him continue to influence many rank newcomers of today.

Perhaps that is the mark of a legend — when the trademark style of your art continues to outlive you, and find new ways to reinvent itself through budding talents who started out long after you quit.

For the record, Dilip Kumar quit acting in 1998. That was the year Yusuf saab — as he was widely known to friends and fans alike — last faced the camera for Umesh Mehra’s “Qila”. If the actor was never seen on screen over the past two decades since its release, the rest of the film’s primary cast including Rekha, Mukul Dev and Mamta Kulkarni have also all but vanished, and director Mehra stopped making films nearly two decades ago. “Qila”, an otherwise forgotten attempt, will continue to garner recall value because it was the last film of one of Bollywood’s greatest.

Flawed and over the top as the film was, “Qila” gave Dilip Kumar a dual role as protagonist and antagonist (or ‘hero’ and ‘villain’ as masala filmdom loves classifying). Somewhere in those portrayals lay the key to why he was hailed as the phenomenon back in the day, when they showered him with epithets as Tragedy King, and the Great Method Actor of Bollywood.

There are tales about Dilip Kumar’s method acting. The most widely-known pertains to the self-produced “Gunga-Jumna”, the Nitin Bose directorial of 1961 that, many whisper, was ghost-directed by the actor himself. Coming immediately after his 1961 superhit “Mughal-e-Azam”, Dilip Kumar is said to have run all around the studio premise, to the point of collapsing, in order to get the right look and feel for his death scene in the film. The performance is counted among one of the finest by any male actor in mainstream Bollywood, and plot of the film would find resonance in many subsequent Hindi hits, notably “Deewar”.

If the subject of method acting largely defines Dilip Kumar’s oeuvre, the actor himself tried to deconstruct it in his autobiography “Dilip Kumar: The Substance And The Shadow”, released in 2015.

“I am an actor who evolved a method, which stood me in good stead,” he says.

By 1948, only four years into the industry, Dilip Kumar was a busy star. He had as many as five releases that year — “Ghar Ki Izzat”, “Shaheed”, “Mela”, “Anokha Pyar” and “Nadiya Ke Paar”. By the time the last film of the year released and went on to become the biggest hit of 1948, Dilip Kumar was one of Bollywood’s exciting new sensations along with two others — Raj Kapoor and Dev Anand.

The trio would go on to define Hindi cinema in the next decade, and be called Bollywood’s Triumvirate. Together, they continue to shine the brightest at the mention of the Golden Fifties of Hindi cinema. While each of them carved a niche to ensure greatness, somewhere their individual images as stars summed up the essence of an era that continues to be regarded as the classiest that Hindi cinema has seen.

Dilip Kumar would collaborate with Raj Kapoor, incidentally said to be his childhood friend from Peshawar, on Mehboob Khan’s 1949 love triangle “Andaz” that co-starred the inimitable Nargis. The film was a superhit upon release and, for the second consecutive year, Dilip Kumar would be part of the year’s highest-grossing film with “Andaz”.

If the decade that ended established the method about Dilip Kumar’s stardom in its versatility, it also prepared fans for the one role that continues to draw automatic recall when you think Dilip Kumar. The decade started with K. Asif’ s epic “Mughal-e-Azam” for Dilip Kumar, after the successful “Kohinoor” the same year. The film became the highest grossing Hindi film of all time upon release.

After the success of “Gunga Jumna” in 1961, Dilip Kumar would again essay a dual role of a very different mood in “Ram Aur Shyam” (1967). His other memorable roles in the decade were “Aadmi” and “Sunghursh” (1968).

He started out in the seventies with “Gopi” (1970). The sixties and the seventies, however, saw the actor slow down in terms of solo releases. The advent of Rajesh Khanna’s brand of romance in the late sixties, and Amitabh Bachchan’s Angry Young Man in the mid-seventies, changed Bollywood trends. The great socials of the fifties and the sixties seemed to be on the wane. Dilip Kumar decided to take a break in 1976, after “Bairag”.

The five decades of acting is balanced by the irony that Dilip Kumar never released a film as director. In his lifetime, he is said to have been involved with direction twice. He is said to have directed the 1966 drama “Dil Diya Dard Liya” along with the officially-mentioned helmer, Abdul Rashid Kardar, though he isn’t credited as a director for the project. Decades later, he would launch the self-starring “Kalinga”, with Jackie Shroff, Meenakshi Sheshadri and Amitoj Mann. Some say the film was shot, though it never saw light of day.

For a man known to take an active interest in all departments of some of the biggest projects of his heydays, it remains a mystery why Dilip Kumar lost interest in releasing “Kalinga”. Perhaps the phenomenon, one of 12 children born to a Peshawari fruit merchant, knew when to go cold on a bad business prospect. (IANS)