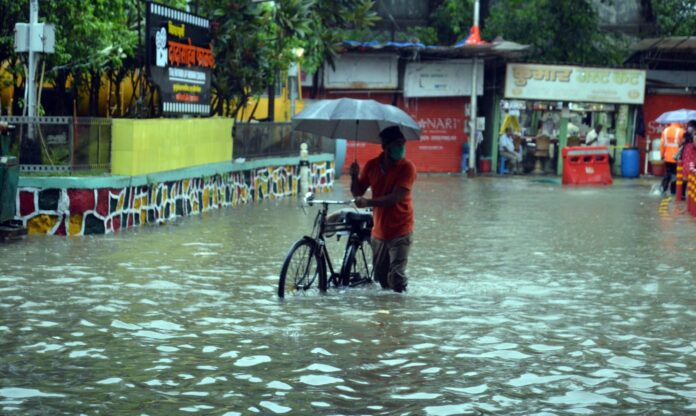 Mumbai–The death toll in flooded regions of Maharashtra shot up from 149 to 192 on Monday while another 25 are still missing, the State Disaster Management Authority (SDMA) said.

In the biggest flood rescue operation in the state in decades, 375,178 people have been evacuated and relocated to safer areas after their homes were submerged in flood waters, which was up to 20 feet high in some places.

As many as 48 people injured are undergoing treatment at various hospitals in Raigad, Ratnagiri, Sindhudurg, Sangli, Satara, and Kolhapur, while a few victims of hill-slides in Raigad have been admitted to specialised hospitals in Mumbai.

On the third day of his tour of the ravaged areas, Chief Minister Uddhav Thackeray embarked in a helicopter to Kolhapur and Satara, but was forced to cut short his trip and return to Pune.

The region was again lashed by sudden heavy rains leading to poor visibility conditions which prevented landing of the chopper at the Koyna helipad, said an official from the CMO.

Nevertheless, Thackeray discussed the situation with the officials of the districts and ordered that emergency relief works must be carried out with provisions of food, water, medicines and clothes to the affected people immediately, with 1,028 villages directly bearing the brunt of the tragedy.

“So far, the flood waters have not subsided. Even inclement weather conditions persist. But relief work must be carried out with all due precautions,” he told the officials.

Deputy Chief Minister Ajit Pawar went the flooded Sangli where he hopped onto a NDRF boat to survey some of the worst-hit localities of the town still submerged under several feet of water.

Accompanied by Ministers Jayant Patil, Vijay Wadettiwar and Vishwajeet Kadam, Pawar said that in the next couple of days, the CM will make the official announcement on the relief package and other measures for the flood-wrecked regions.

State Energy Minister Nitin Raut started on a tour of Raigad and announced that efforts are underway on a war-footing to restore power supply in the affected districts.

After five days of the flood havoc, the Raigad administration officially called off the rescue operations by the NDRF, SDRF and other agencies and will follow the due procedures to declare those still missing dead, an official said.

However, the rescue operations will continue in the other districts, rescuing people, reaching food or medicine and other aid materials to the victims, said an official of the SDMA.

A total of 33 NDRF teams plus 131 boats and 3 Indian Army teams are still in the field helping out the flood-hit people and even animals wherever possible.

Governor Bhagat Singh Koshyari will go on a tour of the Raigad and Ratnagiri districts for a spot-assessment of the situation, a Raj Bhavan official said.

In the past 5 days, many parts of the western and coastal regions witnessed unprecedented record rainfall resulting in over a dozen hillslides and landslips in different districts with huge human toll.

With a majority of the big and small rivers, dams, reservoirs, lakes overflowing and excess waters spilling out, villages, towns and cities were flooded and scores of roads in the regions are still closed for inter-district and inter-state vehicular movement, especially hitting fuel and food supplies. (IANS)