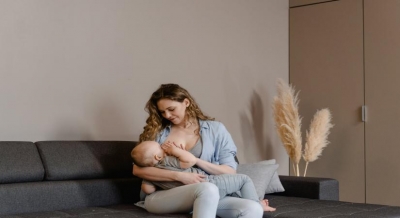 New Delhi– According to the World Health Organisation, breastfeeding is one of the most effective ways to ensure child health and survival. However, nearly two out of three infants are not exclusively breastfed for the recommended 6 months — a rate that has not improved in 2 decades.

Shelly Singh, Senior Consultant at Rosewalk Hospital, shares why breastfeeding is crucial for both mother and child.

There are numerous benefits of breastfeeding for both the mother and baby, some of which extend lifelong. The biggest reason is that nature intended it this way. Breast milk contains just the right amount of macro and micronutrients, antioxidants, enzymes, immune properties and antibodies from the mom. The mother’s mature immune system prepares antibodies against common microbes and these antibodies are released in the mother’s milk. They coat the lining of the baby’s gastrointestinal system and protect them against illnesses, often for life. Moreover, breast milk at the right temperature is not infected, unlike bottles and nipples, which could often be infected if not handled with care.

Breastfeeding mothers lose weight sooner than those who don’t breastfeed. They burn around 500 extra calories per day and become fitter earlier. The uterus of breastfeeding moms contracts and returns to its pre-pregnant size earlier as well. Blood loss following delivery is also less due to the same reason. There are lesser chances of anaemia and urinary tract infection in breastfeeding mothers. Women who breastfeed also have a reduced risk of breast and ovarian cancers.

As the mom bonds with the baby with this skin to skin contact, there are happy hormones that are released which leads to less chances of postpartum blues and depression. There is a greater feeling of self-esteem and confidence which is emotionally rewarding. Breastfed babies cry less and this shapes their behaviour for life. These mothers are able to read their babies’ cues more and tend to be more relaxed.

Whatever be the financial status of the woman and household, breastfeeding is less expensive and safer than formula feed.

Benefits to the baby

Babies whose moms breast feed them have less diarrhoea, constipation, gastroenteritis and preterm necrotising enterocolitis. They have a stronger respiratory system and less chances of colds, pneumonia and other related illnesses. There are lesser chances of ear infections like otitis media and of infections like bacterial meningitis, and eye infections. They are also likely to have better vision.

These babies will grow up to be healthier children in later years too with less likelihood of allergies, asthma, eczema, obesity, childhood diabetes and will have a host of other advantages.

So why not breastfeed? The obvious benefits are healthier, fitter moms with fitter, emotionally balanced babies and children, physically and mentally sound for a lifetime. And, it is a more pocket friendly, eco friendly and natural option, resulting in a win-win practice. Give up the thought of the bottle and give your baby that nectar. (IANS)