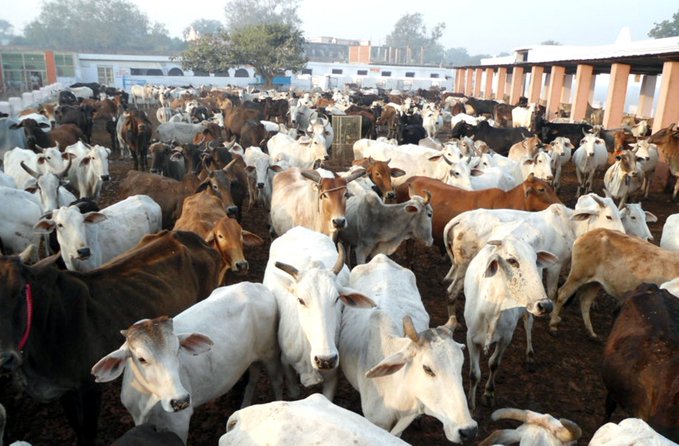 Guwahati–The BJP government in Assam would enact a cow protection law and a Bill in this regard would be introduced in the next Assembly session beginning on July 12, to prohibit smuggling and transport of the animal outside the state, a minister said here on Thursday.

State Information and Public Relations Minister Pijush Hazarika said that the Assam Cabinet at a meeting here on Wednesday approved a Cattle Preservation Bill and it would be moved in the Budget session of the Assembly.

About the proposed Bill, Governor Jagdish Mukhi in his customary speech in the first session of the new Assembly on May 22 had said that the state government would adopt a zero-tolerance policy and enforce stringent punishment for offenders.

“The proposed Bill envisages the imposition of a complete ban on the transport of cattle outside the state. Once the cow protection Bill is passed in the Assembly, Assam would join other states in the country which have passed similar legislations. Cows nurture people as the animal gives them life-sustaining and nutritious milk,” Mukhi said.

The minister, who is also the government spokesman, said that Wednesday’s Cabinet meet also decided to fully bear the cost of litigation of government officials in connection with their actions taken for the protection of the border.

Of the 4,096-km border, 1,116 kms are of riverine frontiers and a large portion is unfenced and tough terrain making it advantageous for smugglers and illegal traders to continue unlawful trades and smuggling of various goods and animals. (IANS)