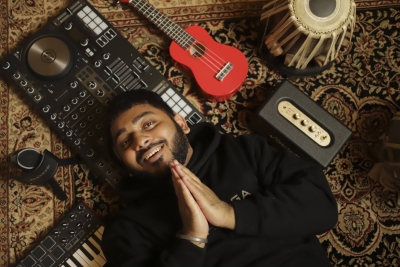 New Delhi, June 21 (IANS) Electronica producer and indie artiste Ritviz on Monday announced an ambitious plan of releasing two collaborative albums with 21 songs by the year-end. The two albums will be released over 21 weeks between August and December 2021.

For the albums, Ritviz joins forces with bass pioneer and friend Nucleya, and the hip-hop duo Seedhe Maut.

“For someone used to releasing one or two songs a year, this is quite ambitious and probably even a death trap, but I just have such a good feeling about this! The idea of dropping 21 songs in 21 weeks just makes my mind explode and I can’t wait to start dropping the music,” said Ritviz.

Details about the albums is yet to be formally announced. (IANS)