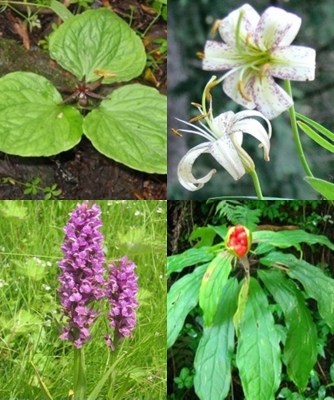 Shimla–With the surge in demand for natural products, Himachal Pradesh, bestowed with rich biological diversity, has been advocating the cultivation of medicinal plants to supplement farmers’ income who largely hold small landholdings, officials said on Monday.

State’s Medicinal Plants Board under the Ayush Department has been encouraging farmers to cultivate them to supplement their incomes. For this, the state is providing financial assistance for the cultivation of medicinal plants under the National Ayush Mission.

Various farmer clusters have been prepared for this purpose. To get the benefit of financial assistance, a cluster must have at least two hectares of land. Each cluster comprises three adjoining villages in a 15-km radius. Mortgaged land can also be used for the cultivation of medicinal plants.

As many as 318 farmers have been provided a financial assistance of Rs 99.68 lakh for the cultivation of medicinal plants from January 2018.

The National Ayush Mission in 2019-20 has provided a financial assistance of Rs 128.94 lakh for medicinal plants component in the state. Out of this, Rs 54.44 lakh has been sanctioned for the cultivation of ‘atis’, ‘kutki’, ‘kuth’, ‘shatavari’, stevia and ‘sarpagandha’.

The state has set up herbal gardens in Joginder Nagar in Mandi district, Neri in Hamirpur district, Rohru in Shimla district and Jungle Jhalera in Bilaspur district.

Different types of medicinal plants, catering to different agro-climatic zones, are being grown in these herbal gardens, an official statement said.

The National Medicinal Plants Board of the Ministry of Ayush has established regional-cum-facilitation centre of the northern region at the Research Institute in Indian Systems of Medicine in Joginder Nagar. This centre is promoting the cultivation and conservation of medicinal plants in six neighbouring northern states — Punjab, Haryana, Uttarakhand, Uttar Pradesh, Chandigarh and Himachal Pradesh.

To generate awareness among the public, plantation drive ‘Charak Vatika’ was carried out by the Ayush Department. Under this drive Charak Vatikas were established in 1,167 ayurvedic institutions with the planting of 11,526 plants. The phase-II of Charak Vatika started on June 7.

The state with diverse climatic conditions is home to 640 species of medicinal plants, distributed in the four agro-climatic zones. Tribal districts like Kinnaur, Lahaul-Spiti, Kullu and a few pockets in Kangra and Shimla districts, located at an altitude of over 2,500 metres, produce enormously medicinal plants.