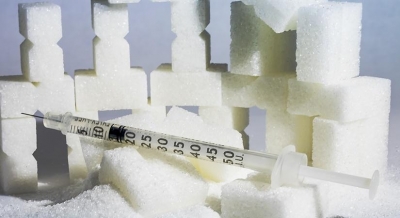 New Delhi– Glucosamine is found in the human body wherein it maintains the health of cartilage — a rubbery tissue that cushions bones at joints. The naturally occurring sugar comprises of key building block of joint tissue, tendons, ligaments and cartilage. An amino sugar, the chemical compound is also found in nature like the shells of shellfish. Commercially produced by the hydrolysis of shellfish exoskeletons or by fermenting grain such as corn and wheat, Glucosamine is available in different forms like glucosamine sulfate, glucosamine hydrochloride, and N-acetyl glucosamine. Dolly Kumar, Founder & Director at Cosmic Nutracos, parent company of Gaia, shares the benefits and how to consume glucosamine.

For osteoarthritis, taking glucosamine sulfate can provide some relief, especially in the knees. As it may take four to eight weeks to provide pain relief, one may need to take pain medication for the pain flare-ups. Osteoarthritis patients may take glucosamine sulfate 1500 mg once daily or 500 mg three times daily, either alone or together with 400 mg of chondroitin sulfate two or three times daily. To reduce pain caused due to rheumatoid arthritis, research suggests oral use of glucosamine hydrochloride is effective. It may not help with an improvement in inflammation or the number of painful or swollen joints.

Commonly, glucosamine is often consumed in the form of a capsule, but it is also available in liquid form as glucosamine sulfate. As a biological chemical, it forms cushioning ingredients of the joint fluids and surrounding tissues. The absorption of glucosamine is much faster when taken in the liquid form rather than the tablet form; make more active ingredients available to the body in a shorter time.

Glucosamine sulfate is given as a shot when injected into the muscle as a shot twice weekly for up to 6 weeks. N-acetyl glucosamine can be applied to the skin and is possibly safe for up to 10 weeks. It can even be given as an enema (rectally) and is safe when taken in doses of 3-4 grams daily.