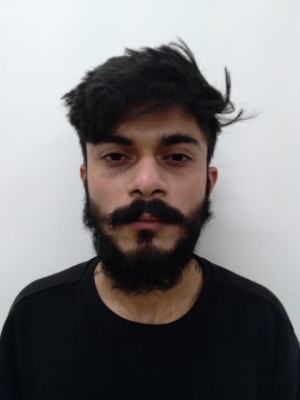 Gurugram–The Gurugram police have busted a fake call center being operated from Sector-23 and targeting US citizens by creating false legal pressure on them, and arrested three persons in this connection, officials said on Sunday.

The trio were identified as Zarar Haider, Partesh Patel and Nisharg.

Police said that the accused used to create false legal pressure on the US nationals by threatening them to suspend their Social Security Number (SSN). They also sent them fake arrest warrants for their alleged use of drugs, maintaining fake bank accounts, among others, and asked for $200 to $500 as service charge per client.

According to the police, SSN is a nine-digit number that the US government issues to all its citizens.

The government uses this number to keep track of the residents’ lifetime earnings and the number of years worked.

Officials further said that acting on a tip off, a police team from the Cyber Crime police station led by ACP DLF and ACP Udyog Vihar raided the call centre at plot number 3202 in Sector-23.

During the raid, the police arrested three persons and seized two laptops, two mobile phones, along with other electronic gadgets, from them.

“We have received a lead inputs that this fake call centre in Sector-23 had cheated several US nationals by creating a false legal pressure on pretext of suspending their SSN number, among others. The youths were employed at the call centre, which was being operated without a license,” said the ACP.

“During the questioning, the accused revealed that the data of US citizens was provided by their owner, who had purchased the data through an online websites and used to upload on his server VICI dialer and used to sent bulk messages to US citizens on daily basis,” the ACP added. (IANS)