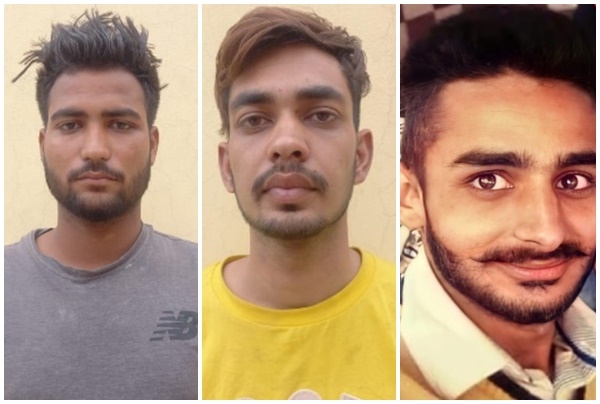 Chandigarh–Two activists of the Khalistan Tiger Force (KTF), involved in several heinous crimes including the murder of a ‘Dera Premi’ and firing on a priest, were arrested in Punjab, Director General of Police Dinkar Gupta said on Sunday.

The two were acting on the directions of KTF’s Canada-based chief, Hardeep Singh Nijjar, whose name incidentally figured in the list of Khalistani operatives that was handed over by Chief Minister Amarinder Singh to Canadian Prime Minister Justin Trudeau during the latter’s visit to India in 2018.

With the arrest of Lovepreet Singh and Ram Singh late on Saturday night from Mehna village in Moga district, police also foiled a plan to kill another Dera Premi, who they were targeting to take revenge in the Guru Granth Sahib sacrilege cases.

Three 0.32 bore pistols with 38 live cartridges and one 0.315 bore pistol with 10 cartridges, along with two magazines, were seized from them.

Besides, Nijjar, three of their other KTF’s co-conspirators — Arshdip, Ramandip and Charanjit — are hiding out in Surrey in Canada, while Kamaljeet Sharma is still absconding, DGP Gupta said.

He said while Arshdeep Singh and Ramandeep Singh went to Canada legally in 2019 and 2017, respectively, Charanjit Singh had gone there illegally in 2013-14.

According to initial investigations, led by Senior Superintendent of Police (Moga) Harmanbir Singh Gill, Gupta said Lovepreet Singh and Sharma were known to Arshdeep Singh, as they all belonged to the same village, since childhood.

Investigations were in progress to unravel further links of the accused and trace other previous crimes in which they might have been involved, he added.

A hunt has been launched to arrest the absconding accused Sharma, while a Red Corner notice was issued against Nijjer, who has also been put on the “no fly list” by the Canadian authorities, the DGP said. (IANS)