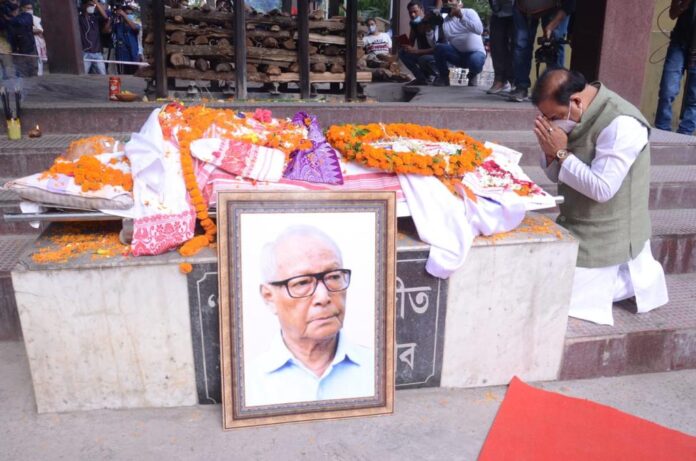 The celebrated Assamese litterateur and journalist, who breathed his last at a private hospital here, is survived by two sons. He has been separated from his wife Nirupama Borgohain, also a well-known writer and journalist, for several years.

He was tested positive for Covid-19 on April 24 and admitted to the Gauhati Medical College and Hospital and was released on May 7 after recovering from the disease.

The former president of the prestigious Assam Sahitya Sabha fell down from the bed in his sleep late Tuesday night and was taken to a private hospital where he died on Wednesday.

The octogenarian writer’s literary oeuvre includes 11 novels and four non-fiction works and he was conferred the Sahitya Akademi award in 1978 for his novel “Pita Putra” (father and son) but returned the award in 2015 to protest the growing intolerance in the country.

Besides novels, he has several books of short stories and poetry to his credit.

A vivid author, Borgohain was born on December 7, 1932, at Dhakuakhana in Lakhimpur district of estern Assam.

Condoling his death, Modi in a tweet said : “Shri Homen Borgohain will be remembered for his rich contributions to Assamese literature and journalism. His works reflected diverse aspects of Assamese life and culture. Saddened by his passing away. Condolences to his family and admirers. Om Shanti.”

Expressing deep shock, Chief Minister Himanta Biswa Sarma said that the people of Assam had lost a guardian with his death.

He said that the state government would take all necessary steps to preserve the creations and ideology of Borgohain.

“The Assam government would take all needful measures to keep Borgohain’s invaluable creations and ideology alive among the young generation,” the Chief Minister said after paying his last respects to the late writer. (IANS)