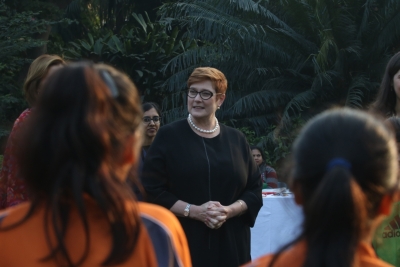 Canberra– Australian Foreign Minister Marise Payne has denied suggestions that the government’s decision to ban travel from India amid the country’s worsening Covid-19 situation was motivated by racism.

Payne said that the “temporary” move to ban travel from India to Australia was made in response to the high number of Covid-19 infections among Australians in hotel quarantine who have returned from the country, Xinhua news agency reported on Monday.

“The burden that has placed on the health systems in the states and territories, including through particularly Howard Springs, is a very significant one,” she told reporters on Sunday.

“The decision which has been made under the Biosecurity Act on the basis of the advice of the Chief Medical Officer is a temporary pause on returns.”

On May 1, the government announced that anyone who enters Australia and has been in India within 14 days of the person’s time of departure may face up to five years’ imprisonment and heavy fines.

The temporary pause comes into effect on Monday and will be reconsidered on May 15 by the government following advice from the Chief Medical Officer.

Asked if the radical move was motivated by racism, Payne said “absolutely not in any way”.

Payne’s comments came as a leading citizenship expert warned that the government could face a legal challenge to the travel ban.

Kim Rubenstein from the University of Canberra’s Faculty of Business, Government and Law said that if the ban goes beyond the initial expiry date of May 15, a challenge would be more likely.

“A challenge could be made in federal court as to the lawfulness of the determination,” she said, according to Nine Entertainment newspapers on Monday.

“The longer that this goes on, the more chance there is for a legal challenge on its inconsistencies with the frameworks of the Biosecurity Act.” (IANS)