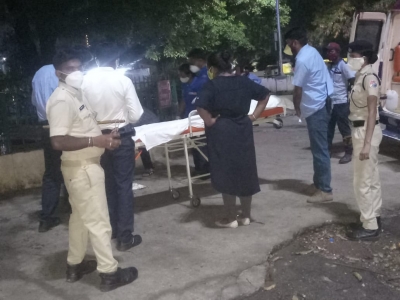 Bengaluru– A woman Covid patient, found abandoned at the main Bengaluru railway station, was admitted by railway officials and police to the adjacent railway hospital for treatment, an official said on Sunday.

“As the middle-aged woman with high fever was found abandoned in the main city station since Saturday, we rescued and admitted her in our hospital for treatment, as she tested Covid positive,” the South Western Railway zone official said.

Preliminary investigation by the Railway Police Force (RPF) revealed that the woman was allegedly left at the station by her family members, suspecting she had contracted coronavirus.

“Our staff, led by city Station Deputy Manager K.R. Kumar gave food and water to the woman before shifting her to the hospital,” said the official.

RPF Assistant Sub-Inspector Shankarappa and woman constable H. Meena assisted the staff in comforting the woman, and facilitating her treatment.

Lauding the efforts of his staff and the RPF in rescuing the woman, Bengaluru Division Railway Manager A.K. Verma said such a timely gesture saved a woman’s life.

“Such acts of selflessness and compassion by our staff reinforce faith in humanity,” he said. (IANS)