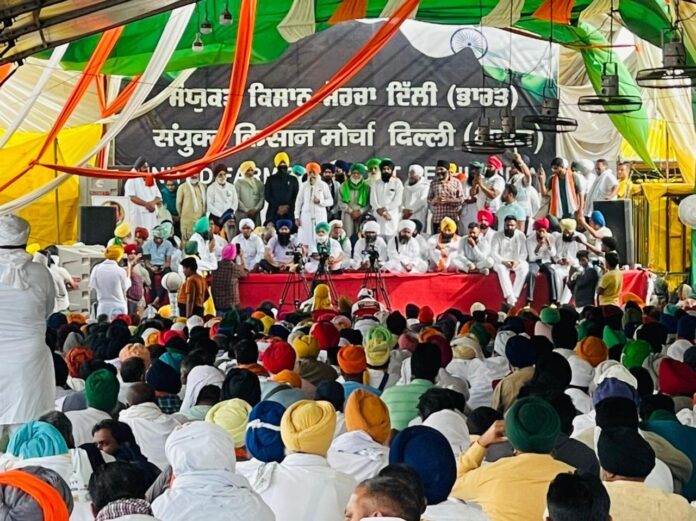 New Delhi–Twelve opposition parties, led by the Congress, have extended their support to the call given by the Samyukta Kisan Morcha (SKM) for a countrywide protest on May 26 to mark the completion of six months of their agitation against the the Centre’s three farm laws.

“We extend our support to the call given by the Samyukta Kisan Morcha (SKM) to observe a countrywide protest day on May 26 marking the completion of six months of the heroic peaceful Kisan struggle,” said the statement.

Opposition leaders, including Congresss’ interim chief Sonia Gandhi had, on May 12, jointly written to Prime Narendra Minister Modi, demanding repeal of the farm laws to “protect lakhs of our ‘annadatas’ from becoming victims of the pandemic so that they can continue to produce food to feed the Indian people”.

“We demand the immediate repeal of the farm laws and the legal entitlement to the Minimum Support Price (MSP) of C2+50 per cent as recommended by the Swaminathan Commission.

“The Central Government must stop being obdurate and immediately resume talks with the SKM on these lines,” they had said. (IANS)