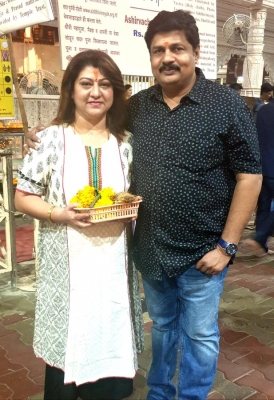 The news was revealed on Tuesday by Kannada Film Academy Chairman and close family friend, Sunil Puranik, who condoled his death.

“He was one of the rarest breed of producers, who not only established their own identity but also ensured that their films run on their name. His films ran on his name rather than on the name of a hero, director or music director. His name attracted the audience to the theatres.

“As he dared to spend lavishly, 52-year-old Ramu had earned the sobriquet of ‘Koti Ramu’ (to denote that he spends lavishly on his movie making),” he said.

Ramu earned this title for his big budget — not less than Rs 1 crore — for a small market like the Kannada industry in the 1990s.

He started his career as a film distributor which was his family business and later he turned producer too. He had produced more than 30 films under his Ramu Enterprises banner.

After carving his niche in the film industry, he married then female superstar Malashree, popular for playing diverse roles in women-centric movies, many of which were highly successful at the box office. She was popularly called “Kanasina Rani” (Dream Girl) by her fans back then. They have daughter Ananya and a son.

In his career spanning more than two decades as producer, he had produced more than 30 movies, of which Malashree had acted in 11.