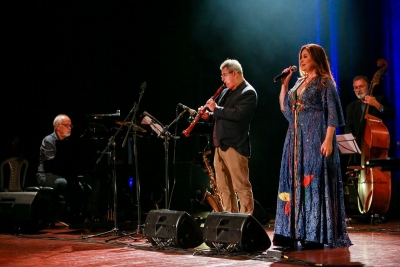 New Delhi– A 2021 all-star global concert is all set to mark the tenth anniversary edition of International Jazz Day on April 30.

“UNESCO created International Jazz Day to share the values of a deeply meaningful musical genre. Today we need jazz more than ever. We need its values, based on human dignity and the fight against racism and all forms of oppression. It is so much more than music, jazz is the kind of bridge builder we need in the world today,” explains UNESCO Director-General Audrey Azoulay.

Hosted by multi-Academy Award winning actor Michael Douglas, it will be streamed live from UNESCO in Paris and the United Nations in New York with a lineup of some of the best international artists performing from cities around the world.

Established by UNESCO in 2011 at the initiative of UNESCO Goodwill Ambassador Herbie Hancock, and recognised by the United Nations General Assembly, International Jazz Day brings together countries and communities worldwide every April 30 to celebrate the international art form of jazz, highlighting its important role in encouraging dialogue, combating discrimination and promoting human dignity.

“Our International Jazz Day community has displayed incredible resilience, creativity, ingenuity and compassion throughout the immense challenges of the past year.. While the global pandemic continues to make life difficult for so many around the world, the example of organisers from Nepal to Mexico to Cameroon inspires us to greet this historic 10th anniversary milestone with joy, courage and hope for the future of jazz,” says jazz pianist and UNESCO Goodwill Ambassador Herbie Hancock, who is the concert’s artistic director.

On April 30, a multilingual range of free virtual education modules will also be presented via unesco.org, jazzday.com and the official International Jazz Day Facebook page including master classes, a composition workshop and an interactive program for younger listeners. A panel discussion series will feature conversations with Audrey Azoulay, Herbie Hancock, drummer Terri Lyne Carrington, hip-hop producer DJ Khalil and pianist and composer Kris Bowers, among others.

Raja Kumari: Been an amazing year for representation