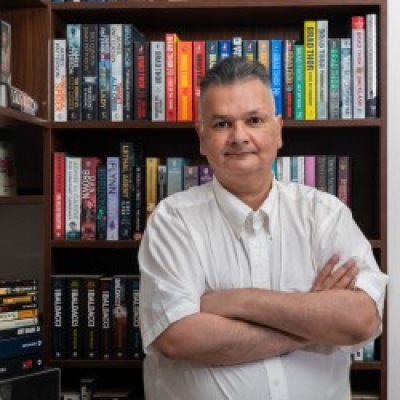 New Delhi– A timely and comprehensive political critique of India’s ‘grand old party’, the Indian National Congress, author Amit Bagaria’s new book “Congress-Mukt Bharat: Is the Modi Era the End of Congress?” is a compelling and multi-dimensional take on the political, ideological and structural downfall of this 135-year-old party and the ascent to power of the Narendra Modi-led BJP.

Overall, it aims to ask and answer the question: Will the Congress now be relegated to the history books?

Taking a leaf from India’s history and crunching important data, the book, published by Garuda Prakashan, breaks down crucial themes like Congress helmsmanship, family-controlled party leadership, breaking away of senior Congress leaders, loss of vote share, and the Congress-led UPA’s defeat in the 2014 and 2019 Lok Sabha Elections.

“There is already talk of an anti-BJP alliance led by regional parties in preparation for the 2024 Lok Sabha elections, similar to 1977, 1989, and 1996. Some regional leaders were quoted as saying that the Congress can no longer be the ebig brother’ of the opposition, and will have to play esecond fiddle’ to regional parties in an anti-BJP front. Are we truly headed towards a Congress-Mukt Bharat by 2024,” writes Bagaria in the book.

The opening chapters speak of Congress party’s corruption. The fourth chapter quotes from former bureaucrat RVS Mani’s book on how Congress falsely spread the narrative of Hindu Terror and Saffron Terror. It includes spine-chilling details on the 26/11 Mumbai terror attack.

The next three chapters analyse the 2019 elections in great detail, followed by one on how the Congress claim of being the enatural party of choice’ for voters is completely disproved by the results of the last seven Lok Sabha elections. Two chapters analyse Congress performance in each state since Sonia Gandhi became the party president, and how the Left Front fared since 1989.

The next nine chapters are about Narendra Modi, his successes, his failures, and the work he has done in 80 months.

The longest chapter, divided into 14 sections, details the successes and failures of India’s 14 Prime Ministers. The author has given points on a scale of 0 to 10 to each PM, and two Congress PM’s, PV Narasimha Rao and Lal Bahadur Shastri, are among the Top 4.

In his in-depth analysis of the Modi 2.0 ministry, the author gives only 6.56 out of 10. Next is an interesting chapter on revamp of the Central ministries and the author’s choice of ministers if he were to be the PM.

“Is Congress Becoming Anti-India?” and “The End of Congress?” are concluding chapters. The Appendix lays out eAgenda 2024′ for India.

“Amit has once again crafted a book, which is a testimony to his strenuous research, felicitous writing, and erudition. The book covers PM Modi’s innovative and ambitious foreign policy, which is my subject matter. The author has carried out this task with admirable skill and efficiency,” says TP Sreenivasan, IFS, Former Ambassador of India to Austria and Slovenia and Former Permanent Representative of India to the UN.(IANS)