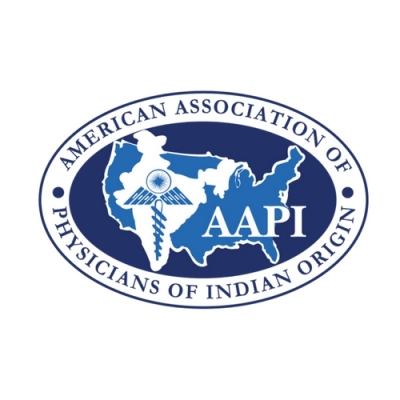 Washington– The American Association of Physicians of Indian Origin (AAPI) has elected a new team to lead the largest ethnic medical organisation in the US, the media reported.

Anjana Samadder was elected as Vice President, Satheesh Kathula as Secretary and Krishan Kumar as Treasurer, the American Bazaar reported on Wednesday citing Chief Election Officer Seema Arora as saying in an announcement.

AAPI President Sudhakar Jonnalagadda said he was was happy to note that AAPI members “have voted for the first time electronically and have elected a new and dynamic team to lead” the organisation which was founded in 1982 and represents a conglomeration of over 80,000 practicing physicians in the US.

“Since its inception in 1982, AAPI has been in the forefront, representing a conglomeration of more than 80,000 practicing physicians in the US, seeking to be the united voice of the physicians of Indian origin,” he added.

Announcing the results after months-long campaigning for several offices to the national body and regional chapters, Arora said: “I feel very satisfied that we, the election committee, were able to do our job right in providing a very fair election to everyone.”

Anupama Gotimukula, who will lead AAPI as President in FY 2021-22, said, she was honoured “to be bestowed with the responsibility of leading the nearly four decades old organisation”.

“AAPI is fortunate to have more women representation in 2021-22 year and the team is excited working towards strengthening the goals and mission of AAPI and to visualise AAPI as a healthcare leader in US and globally and work in the best interests of our Physicians and our Communities,” The American Bazaar quoted Gotimukula as further saying.

Samsung is our most important partner on Android: Pichai

Anjula Acharia to Join Buzzfeed Inc’s Board of Directors