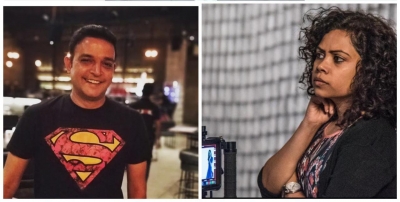 Chennai– The 2018 Argentine comedy “El Padre De Mis Hijos” is all set to have a Tamil adaptation. Director Surya Balkrishnan and writer Rajiv Rajaram have been roped in for the project.

The title of the original film translates to ‘The father of my children’. The Tamil film is yet to be titled.

Surya is known for her work in the world of commercials and short films. Her documentary “Right Forward”, about 12 girls voyaging on a journey to San Francisco from Dharavi, won global appreciation.

Abuot her new film, Surya says: “It’s been such a joy creating this character on paper. We can’t wait to get down to actual filming and crafting her for real. Beginning this journey with Manzar Studios is an honor and I am looking forward to telling this real, heart-warming yet fun story.”

Playwright and writer Rajiv Rajaram, who scripts the new film, says: “One of the most fascinating things about this movie that interested me was it’s take on growing up or adulting as the millennial generation calls it. The sheer universality of the idea is something that makes it ripe for the ever-inquisitive Tamil audience to savour and enjoy.”

The cast of the film is yet to be decided. (IANS)