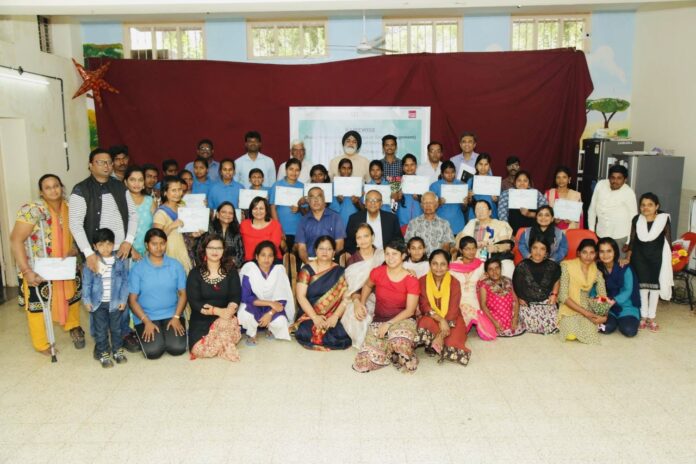 BOSTON—During its 18th annual Woman of the Year awards show that honors 20 Outstanding Women from various fields, INDIA New England News this year will bestow a special recognition to Circle of Hope, an affiliate of American India Foundation. Circle of Hope promotes philanthropy among women across the United States. 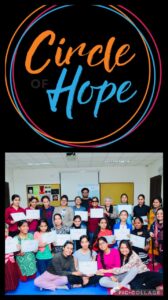 INDIA New England News: What is the Mission of AIF’s Circle of Hope?

Circle of Hope: The mission of Circle of Hope is to create a movement to inspire, educate, and empower women philanthropists through the power of collective giving. Our value proposition is to positively impact the lives of underprivileged girls and women in India. We know that a giving circle such as ours can also inspire, educate, engage and build a community for the givers who think deeply and act intentionally, thoughtfully, and strategically – together. In addition, this effort amplifies the awareness and impact of AIF programs in India and deepens the engagement of like-minded women.

We firmly believe that human potential is ubiquitous, but the opportunity (especially for girls and women in India) is not equal. The Circle fosters a generous environment to build the values of citizenship, advocacy, and justice in service of unlocking women’s potential.

INE: How did you get started?

COH: In the summer of 2017, we were looking to create a philanthropic platform that involves transforming the lives of marginalized women and girls in India by supporting gender centric projects within AIF signature programs. We were inspired by the quote of Margaret Mead, when she said, “Never doubt that a small group of thoughtful, committed citizens can change the world. Indeed, it’s the only thing that ever has.”

We soon realized that there was no initiative here that focused on South Asian women philanthropists. The goal was to inspire women in the US to support women in India, to be the decision makers in their philanthropy, and create a movement to drive gender equality forward. Having an affiliation with the American India Foundation, we leveraged their platform to launch Circle of Hope, a women’s giving circle in September 2017. We signed up 15 women right away who were inspired by our passion. Colette Phillips, a game changer, a social connector and Boston’s most influential women graced our launch as our chief guest. It was a defining moment for us.

INE: Please tell our readers about your work and what you enjoy most about it?

COH: In the past three years since our launch, we have gained momentum in this movement and expanded to two more chapters, namely, Chicago and San Francisco. Cumulatively across chapters we have raised over $175,000 and funded projects that have positively impacting underprivileged women and girls in India. Some of the projects funded have been RAISEWISE (Raise Women with Disability in Social Engagement) that has helped empower women with disabilities in Bangalore and New Delhi through self-defense training; and Maternal and Newborn Survival Initiative’s (MANSI) Home-Based Newborn Care approach, focusing on reducing infant mortality rates in Haridwar district of Uttarakhand and  improving the quality of  secondary education for girls in migrant communities in Western Rajasthan. Even during COVID19, we pivoted to running mobile libraries where volunteers went on bicycles distributing educational kits to children in their homes.

INE: Where do you see AIF’s Circle of Hope grow in 5 years?

COH: Encouraged by the initial enthusiastic response in New England, Chicago, and San Francisco, Circle of Hope looks forward to increasing its presence in other states in the United States. Women have always contributed time and talent to their communities, it is a common thread running through women’s lives, which if well-woven, can emerge into a beautiful tapestry of hope. We are hoping and working to attract institutions and nonprofits who would help grow our circle through matching grants. There is tremendous potential to impact especially now as COVID19 has set back many development indicators for marginalized women and girls.

INE: In what way you feel you have most positively influenced or served the local community and your company/organization and professional field?

COH: Our members and our beneficiary’s testimonials below speak volumes about how they have influenced the communities they live in.

Alankrita Narang, Volunteer Program Lead, COH who has been with us since the beginning shares her thoughts:

“In the summer of 2016, Farida and Nirmala invited me to become a part of the co-founding team for Circle of Hope. In no-time, I was convinced about this idea and wanted to be a part of creating change and making an impact for a cause I care deeply about, empowering women from the most marginalized sections of society in India. It has indeed been one of the most fulfilling and inspiring experiences. I love the concept of women supporting fellow women, both in the sense of building a community of like-minded women philanthropists as well as supporting  women and girls whose lives can be transformed because of these interventions. I am looking forward to continuing to grow this Circle and infusing hope in fellow women.”

Says Circle of Hope member: “People with disabilities in any country faces so many more challenges, and then to be born disabled and a female in India!!  So happy to see Circle of Hope New England Chapter championing this cause. The updates and lively discussions at our meetings are insightful.”

Sakshi Kashyap, NAB Center for Blind Women, Delhi (Beneficiary) talks about the impact of these programs: “In such trainings in the past, we have been taught how to use physical strength to protect ourselves. We have never been taught that we can protect ourselves verbally. This is the first training where we have learnt how to use the verbal technique, such that we do not allow the situation to become worse. We can handle the situation verbally and use our body as the weapon. First time, Sir has taught us how to use our body as a weapon and to use it in sequence.” (Transcribed from her Hindi-English testimonial)