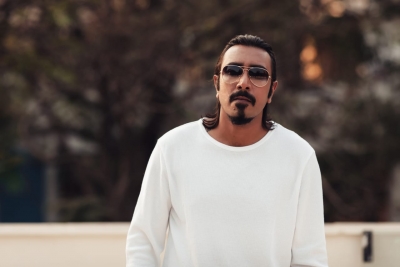 Mumbai– Singer B Praak has been honoured at the 67th National Awards for his rendition of the song Teri mitti from Akshay Kumar starrer film Kesari, which released in March, 2019. Arko Mukherjee, who has composed the song, feels it is a very well-deserved award because B Praak has brought out every emotion of the song beautifully.

Talking about the same, Arko said: “It’s an honour for the whole team and a well-deserved win for B Praak as he has brought out every emotion of the song beautifully in his rendition, more so as it’s his film debut. But every one on my team in this song, and my producers, director and Akki sir, (Akshay Kumar)… it’s their cumulative faith that has made this song what it is today. My eternal gratitude to all of them.”

While Arko has composed the soulful number, the lyrics have been penned by Manoj Muntashir.

Soon after B Praak’s name was announced as the winner of the National Award in the Best Playback Singer category (Male), “Kesari” actor Akshay Kumar had tweeted expressing his happiness.

“#TeriMitti still gives me goosebumps every time I hear it and one song I’m most proud of being part of…Couldn’t be happier! @BPraak #NationalFilmAwards2019,” Akshay had tweeted on Monday. (IANS)