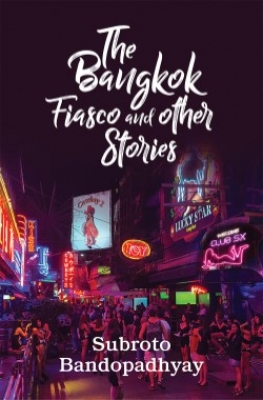 New Delhi– Subroto Bandopadhyay was all of 10 when the 1971 India-Pakistan war inspired him to join the Indian Air Force (IAF). Commissioned in 1982, he served for 26 years, rising to the rank of Group Captain, and in 2003 played a key role in circumnavigating a huge Il-76 aircraft around the globe to a multinational exercise in Alaska. Thereafter, he navigated the Il-76 from the Eielson Air Force base in Alaska to the True North Pole and back, a flight that finds a mention in the Limca Book of Records.

At age 58, a few years after hanging up his uniform after taking premature retirement, he plunged into a second career — writing short stories — inspired as he was by R.K. Narayan’s “Malgudi Days”, choosing the genre as it is “not getting its due” and hoping to change “this mindset of our present-day readers”, Bandopadhyay told IANS in an interview as his debut book, “The Bangkok Fiasco and other Stories” (Vitasta), hits the stands.

“I have been a bookworm since my early childhood days. I belonged to a large family. In those days, my father used to bring books from his office library on a regular basis. Though I was one of the youngest, still he always handed over the book first to me. Out of all types, I always preferred reading short stories. I thought the short stories are easy to read; has a less complicated plot, so easy to understand; has very few characters making it easy to relate; and finally, it is easy to remember as well. For me, the most impressive book was the ‘Malgudi Days’,” Bandopadhyay said.

After being inducted in the IAF as a flying branch officer, he got busy with his career and service life but it was always there at the back of his mind to take up writing.

“So, a few years after taking premature retirement from the IAF, finally, at the prime age of 58, I decided to take up writing on a serious note. As far as this book is concerned, I have taken nearly two years to pen down all the nine stories, out of which the last story took almost six long months. A few of the stories are loosely based on some odd happenings around me but the rest are purely imaginary ones. Imagining stories is a lengthy process; unless of course, one is hallucinating,” he explained.

To this end, the nine stories delicately handle the unforeseen, complicated situations of life ï¿½- an innocent mistake in Bangkok results in many broken relationships; a jealous wife extracts a permanent revenge on her philandering husband; a young married woman indulges in casual sex to gift a child to her impotent husband to escape the ignominy of triple talaq.

The simple language, realistic portrayal of characters and the twists and turns will keep readers hooked to the end.

What is the thought process that went into formulating these stories?

Story writing, Bandopadhyay said, can easily be compared with the process of cooking.

“First, you decide what to cook. Similarly, at first, I formulate a basic concept of a story. That is either based on some happenings around me or simply a brainchild of mine. Second, you decide on the main ingredients for cooking. In a similar way, I decide on the main characters and start developing the storyline. And lastly, you keep adding a few odd spices or some last-minute extra ingredient to make the dish better.

“In an identical manner, I keep adding a few more relevant characters and if required, throw in some minor twist in the tale to have the best possible outcome. And I have tried to keep all the characters simply human and not superhuman! Hope the readers will find it rather easy to relate to these characters. And the turns & twists come in the story as you keep refining the plot,” he explained.

Bandopadhyay’s passion for the short story is quite apparent!

But, he laments, “in my personal opinion, for some unknown reasons, short stories are not getting the due, these are not liked much by the Indian readers. I hope this mindset of our present-day readers changes soon. I sincerely and genuinely want the ‘Malgudi Days’ type of soft, short stories to be back in the mainstream of the Indian literary world,” Bandopadhyay concluded. (IANS)