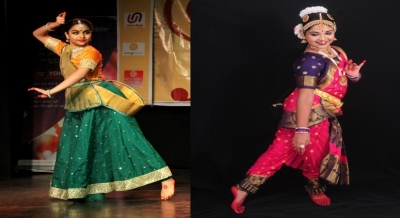 According to the organisers, in the Junior Kathak category, Virti Gujralis is the winner followed by Anahita Soy and Avantika Alreja as first and second runners-up respectively. In the Senior Kathak category, Svetlana Nigam emerged winner, Prerna Bighamal as first runner-up and Himani Gautam as second runner-up. Swara Sagar Raut, Srujana Suresh and Kavya Rama Krishnan were announced winners in the Classical Bharat Natyam category. Archisha Arya and Svetlana Gadalina took the winner title in the Classical Odissi dance. Alexander Vodaplyanova was the winner in the Classical Mohiniattam dance category.

The semiclassical music category had three winners — Sohini Saha, Urmila Soni and Sarvagya Sharma. The winners of the talent hunt will be given a chance to perform live at any auditorium in Delhi.

The international online hunt saw an immense response with around 350 people having registered, said organisers.

Talking about the finale of “Sur Taal, Hunar Ka Kamaal”, Rekha Mehra said,”This platform provides an opportunity to those who want to put their creativity and energy towards dance. With everything going virtual due to the pandemic, we thought why not to go virtual to connect with various talents and today we are presenting the winners of our online talent hunt. This wouldn’t have been possible without the support from the Ministry of Culture, all the eminent artists and people who stood by us and guided us to reach where we are today and make this show success.” (IANS)