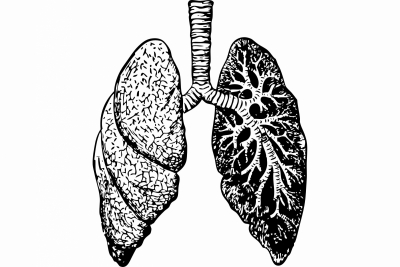 Bengaluru– Researchers in Microbiology and Cell Biology of countrys premier research institute, Indian Institute of Sciences (IISc) have found a new, faster and more efficient way to detect whether a person has active Tuberculosis (TB) by using their immune response to certain proteins unique to the TB bacilli.

The new research was published in Clinical Infectious Diseases journal published by Oxford University Press, London in its latest edition.

Tuberculosis each year exceeds deaths caused by malaria, AIDS, and all tropical diseases combined, making tuberculosis the world’s single largest killer. Tuberculosis (TB), particularly in forms that affect body parts other than the lungs, can be tricky to diagnose.

Researchers led by S. Vijaya in the Department of Microbiology and Cell Biology have found a new, faster and more efficient way to use a person’s immune response to certain proteins unique to the TB bacilli to detect whether they have active TB.

The team has discovered that active TB can be diagnosed if blood samples have immune cells with the following signature – having the biochemicals CD38 and CD4 but lacking CD27, while releasing a messenger molecule called Tumor Necrotic Factor (TNF-a).

“Immune cells in our blood have different sets of molecules on their surface – proteins, sugars, small compounds – depending on whether they are inactive as in healthy people, fighting a current infection, or remembering a past infection. The presence or absence of a certain unique combination of such molecules (called a biomarker) makes it possible to detect current disease in the body. Biomarkers are used by our organs and immune system to check and react to foreign particles, allergens and most importantly, harmful microorganisms,” the paper explained.

In their experiments, the research team added TB antigens to a blood sample to trigger an immune reaction. Analysing the presence or absence of marker proteins on T cells of the blood sample later using a method called flow cytometry, it was possible to accurately diagnose tuberculosis.

Early and accurate diagnosis followed by timely treatment are the key prerequisites to fight tuberculosis (TB) and reduce its global burden. Despite scientific advances, the rapid and correct diagnosis of both pulmonary and extrapulmonary tuberculosis remains a challenge due to traditional reliance on detection of the elusive bacilli, the researchers claimed.

In a country like India where TB is endemic, several people have been infected and carry immune cells specific to this organism, making it difficult to distinguish infection from disease.words. (IANS)